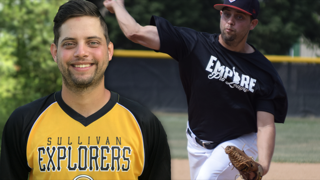 PLATTSBURGH, NY –  Drue Bravo has been moved to The York Revolution of the Atlantic League after his outstanding  complete game shutout on his Empire League Debut.

Drue Bravo demonstrated that he is ready to be stepped up.  He spoiled the RedBirds franchise opener by going the distance while not allowing a single run.  He will now step up to the highest level of independent baseball in the Atlantic League where he will be facing players of Major League experience.

“With  only one complete day of Empire League action, i felt that Drue showed he is ready for Elite action and the call was made” – Eddie Gonzalez

Bravo will report tomorrow to join the Revolution for their next matchup and will serve as one of the teams starters.