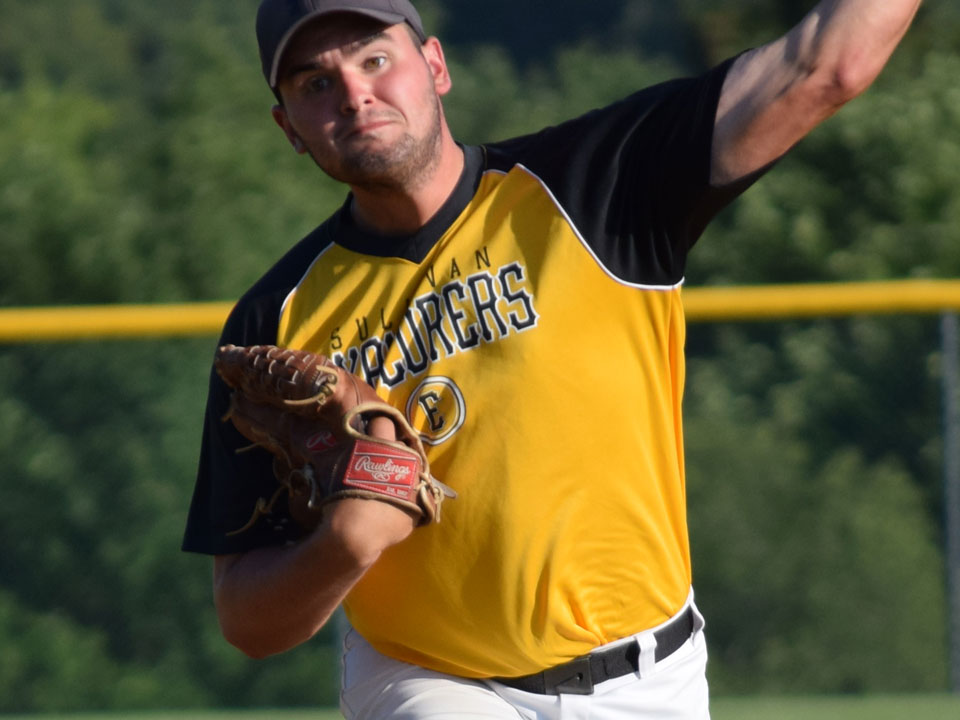 SULLIVAN, NY – James Mulry, who signed late in the season with the Sullivan Explorers signs with the 2017 Champions Schaumburg Boomers of the Frontier League.

Mulry appeared in just 6 games for the Explorers and although his numbers didn’t show it, Mulry was a very effective big left handed pitcher.

“James is 6’3″ 235 lbs of an athlete. Hes got a great appearance and can throw the ball pretty hard. What manager in the world wouldn’t want that? He wasn’t here long enough to do much but what he showed was very impressive and we hope that he shows that in the Frontier League to help lead Schaumburg to another Championship” – VP Jerry Gonzalez

The 24 year old struck out 11 batters in 8 innings of work and 7 of them looking. Mulry will join many other Empire League players who will continue on with their careers in the Frontier League this coming season.