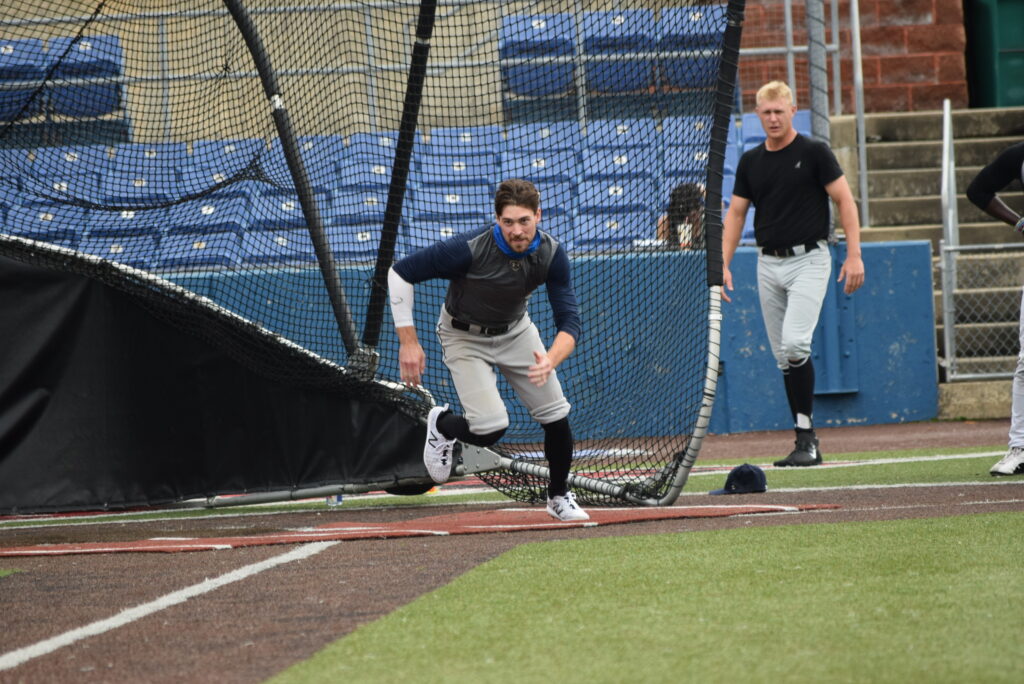 WASHINGTON, PA – The Empire League scouting day brought out the best in everyone during todays evaluations.   With MLB organizations and Federation leagues in attendance, many players showcased their abilities well, including Outfielder Taylor Olmstead who was selected number one overall at the end of the night.

Olmstead, a former 13th Rd Draft pick by the Texas Rangers, ran an impressive 6.5 sixty yard dash and flew around the bases drawing attention from many scouts.

Olmstead was selected by the Saranac Lake Surge who drew first pick during this years draft.

With two days remaining in camp, all players will look to be part of the final Empire League final rosters for the 2020 Season Series.