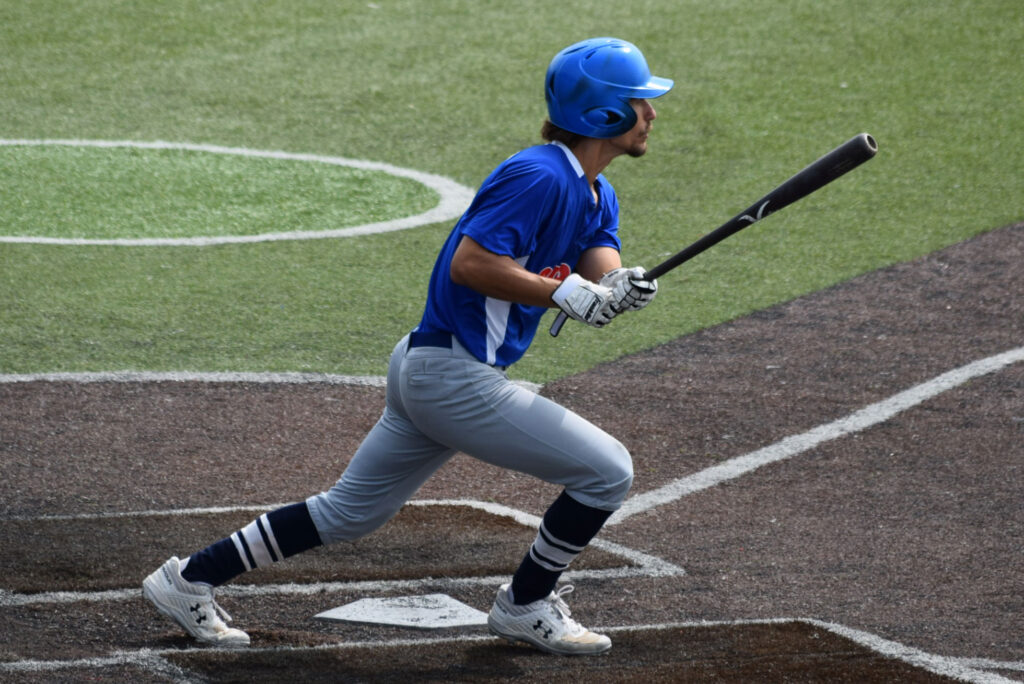 WASHINGTON, PA – After a day of rain, Empire League Series action would continue when the Saranac Lake Surge took on the Road Warrior Black Sox.

Empire League Strikeout leader Carlos Canelon would get the start for the Surge in this one going against Jeremy Worlinski of the Black Sox.

The Black Sox got things going in the 3rd inning when Surge starter put a couple runners on base and with bases loaded and 2 outs a run would come in on a walk.

In the top half of the 5th inning the Surge would take a lead on a 2 RBI double by Kyle Robinson to score Alexis Monge and John Tierney and take a 2-1 lead.

The Sox threatened in the bottom of 5th when they had runners on 2nd and 3rd and no outs but Knuckleballer Donnie Speranza would strike out a batter, get a pop fly and a ground ball to prevent the Black Sox from scoring.

John Tierney Jr would give the Surge a little breathing room when he belted his first home run of the series to deep right field and make the game 4-1.

The Surge would finish the game out and win for the second time this season by a score of 5-2.

Both teams will continue play tomorrow when the Surge face off against the Riverpigs and Black Sox go up against the Brilliance Sox.