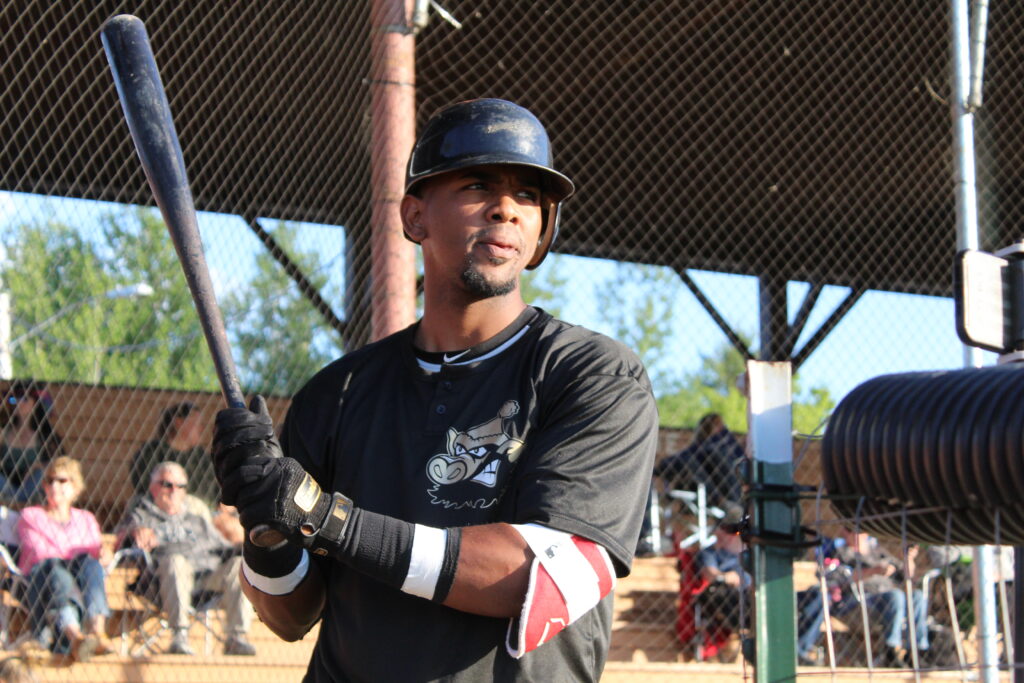 TUPPER LAKE, NY –  The Tupper Lake River Pigs put on another show on the Municipal Park diamond as they handled the Japan Islanders with ease in the 14-1 seven inning affair. Brandon Sattenfield got the start for the River Pigs and shut down the Islanders lineup in five strong innings. In those innings, Sattenfield only gave up three hits and one hit batter, while striking out four. He was followed up with Luis Pacheco who put in two strong innings, only allowing two hits and one walk, but he did allow the lone Islander run to score. All six outs Pacheco recorded were strikeouts.

For the second game in a row, the River Pigs lineup was unstoppable. At the top, Khalyd Cox went 2-3 with 2 singles, and two walks while also scoring three runs. Bramdon Perez went 1-3 with an RBI, a stolen base and a run scored. Mikey Edie followed up his 5-5 performance with a solid 2-4 with three RBI’s, a stolen base and two runs scored.

Hector Martinez went 1-4 on the night with two runs scored and an RBI. Following him was Walner Espinal who went 1-3 with a triple, three RBIs and a run scored. First baseman, Chandler Kazele went 1-4 with an RBI as well.

On the other side of the ball, the Japan Islanders had a tough time in every aspect of the game. The Islanders ended the game with three errors in the field leading to the large River Pigs lead. The Islanders starter Johsson Arias, who came in from the Empire State Greys, had a very rough start. Arias was only able to complete two innings of work, allowing eight total runs with seven of them being earned. He allowed seven hits and two walks while only striking out two.

Rui Akagawa followed him and didn’t fair much better. In his 2.1 innings of work, Akagawa allowed five runs, four earned, only two hits, but five walks and only struck out one batter. Oto Amagai faired the best of the Islanders three pitchers, only allowing one unearned run, one hit, with one strikeout, but he walked three batters. The lone Islanders run came on a late inning Takuto Hasegawa RBI single.

Tonight, the Islanders will start a new series up in Plattsburgh versus the Thunderbirds. The game is set to start at 4:00 p.m. The River Pigs are set to face the Saranac Lake Surge at Municipal Park at 7:00 p.m.