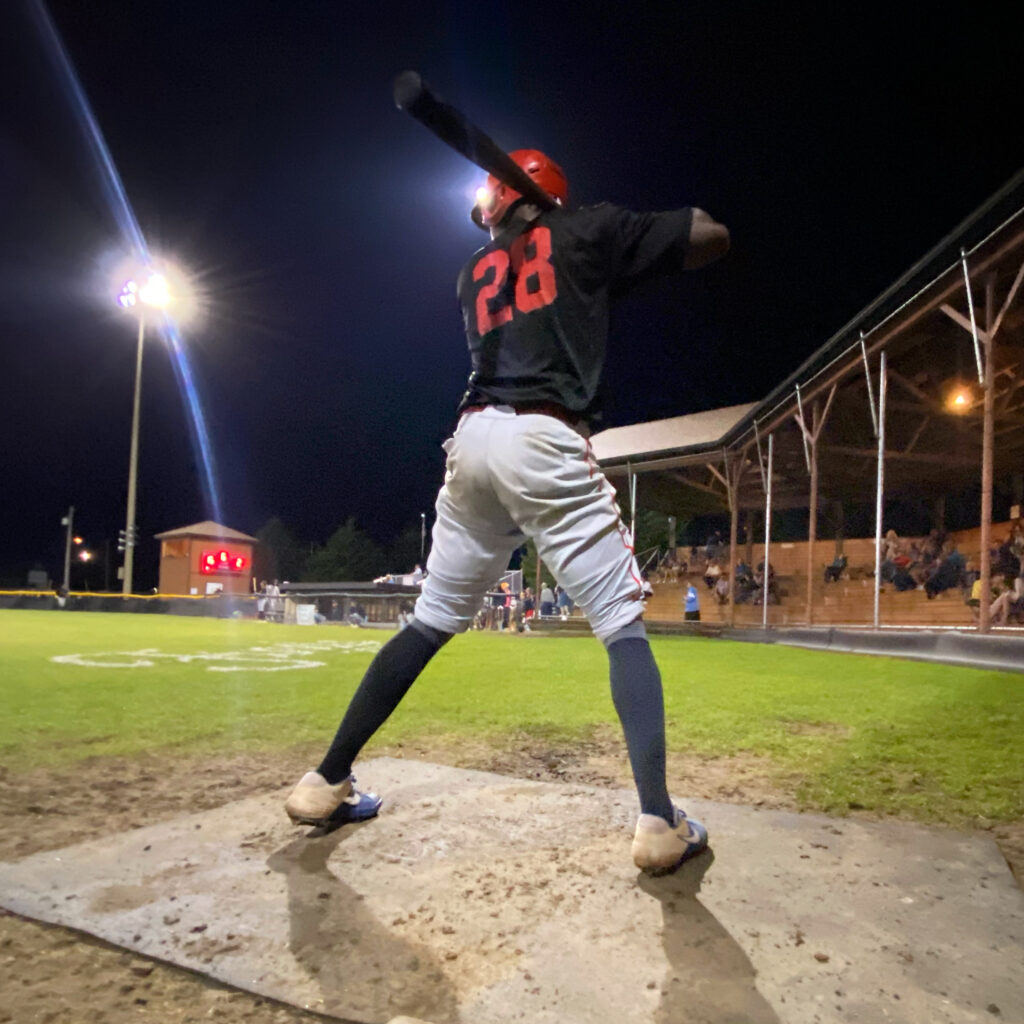 TUPPER LAKE, NY  –  On Tuesday, the #3 seed Plattsburgh Thunderbirds faced off against the #2 seed Saranac Lake Surge. Heading into the matchup, the Surge had a 1.5 game lead on the Thunderbirds with a record of 18-19 while the Thunderbirds sat at 18-22. Both teams came off of losing the final series of the regular season, the Surge to top seeded Tupper Lake Riverpigs and Plattsburgh to the #4 seed Japan Islanders.

Both teams threw out their best pitchers with the Surge relying on Cairo Selden and the Thunderbirds relying on Keyvan Grenald, and as expected both pitchers kept their teams in the game. Grenald came out firing, going seven strong innings in his start, allowing three runs on three hits and four walks while striking out 11 Surge batters. Selden also had himself a strong start going five innings, allowing two runs on four hits and four walks while striking out seven batters.

Unfortunately, Selden needed to leave the game in the hands of the bullpen. Kenta Tanaka, a player picked up from the Japan Islanders, came in and gave the Surge 1.1 scoreless innings before handing the game to Levi Parker, who was also picked up from the Islanders. However, Parker did not have the same success, allowing three runs on three hits and one walk, while striking out four. He would be credited with the loss. For the Thunderbirds, Emmanuel Brantly came into the game and led Plattsburgh to the Empire Baseball League finals with two scoreless innings in relief.

On the offensive side, Katsuya Arai, one of the Japan Islanders pick-ups on Plattsburgh, showed why he was one of the more valuable players on the Islanders roster. Arai went 2-3 with two runs scored, two RBIs and three stolen bases. Marcos Estevez also gave the Thunderbirds some offensive production, going 1-2 with two RBIs. For the Surge, Taiga Sato was the main offensive force, going 1-4 with one run scored and two RBIs.

Although their season is over, we congratulate the Surge on a fantastic season. For the Thunderbirds however, still have one more obstacle to overcome, the top seed Tupper Lake Riverpigs. They will face the Riverpigs in game one of the finals starting on Wednesday at 7:00 p.m.