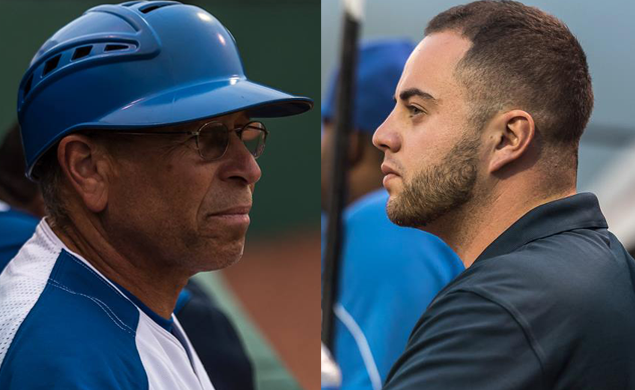 Markakis, who is highly recognize for his name and cousin to Major Leaguer Nick Markakis, will enter his second year as GM of the Surge, where he looks to continue his career advancement at the professional baseball front office level.

“I’ve devoted a lot of time to the Old Orchard Beach Surge organization and I am very excited to return to help no only the Empire League with business administration in Old Orchard but also with providing the resources for these players in accordance to the Empire League.” – Alex Markakis

Scott “Skip” Nathanson agreed to a 1-year deal as on field manager of the Old Orchard Beach Surge for the 2016 season. Nate brings a wealth of Baseball knowledge and experience to the Old Orchard Beach Surge of the Empire League.  He has coached at the High School and College levels as well as coached and managed at the Professional level.  Nate has served as Director of Player Personnel with the New York State League and served as an instructor at multiple camps across the country sharing his knowledge with players of all ages.

“I am very excited and thrilled for the opportunity to return for another season as manager of the Surge, I look forward to complying with the new mission and goals of the empire league and player development requirements. I look forward to putting a team together that will compete to win in Old Orchard and to help promote players to higher leagues.” -Skip Nathanson