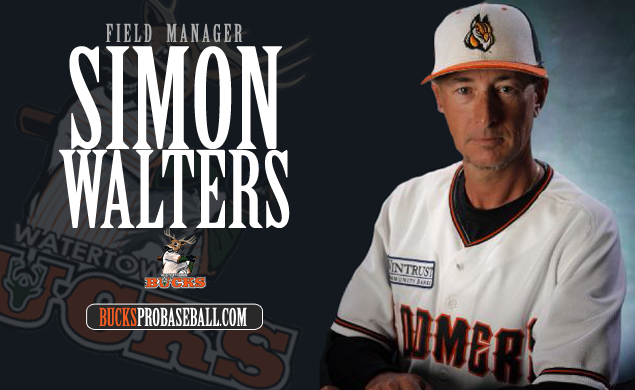 The former assistant coach and 3rd Base coach of the Gary South Shore Rail Cats in the American Association, who had the same position for the Schaumburg Boomers of the Frontier League brings a tremendous amount of professional experience and knowledge.   Simon looks to put together a Championship roster for the Watertown Bucks.

“I am very excited for the opportunity to manage in Watertown, specially after seeing what the Empire league is truly about.  My direct and personal connections with networks in both the Frontier and American Association which are Elite Pro Leagues will allow me to be another strong benefit to the league. I want to contribute to Baseball Director Eddie Gonzalez and the league in our great mission of keeping players ready to be promoted to the higher level leagues.  We want to continue being the best promoting league that truly gives players the chance to be scouted.” – Simon Walters