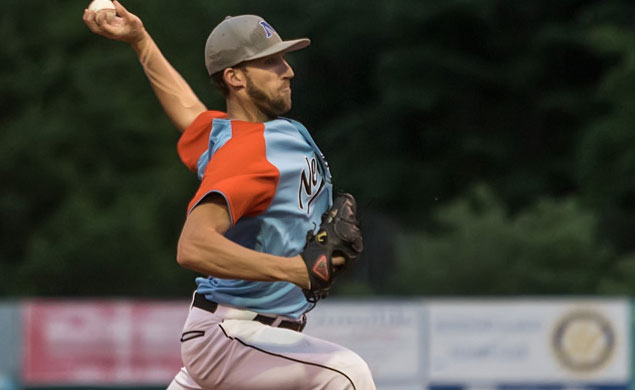 Just days before breaking camp, Miles Moeller who was set to be the number 2 starting pitcher in the Old Orchard Beach Surge starting rotation this season, has been moved up to the Ottawa Champions of the CanAm League.

The Left Handed throwing Miles, who played in the league last year with the League Champions Newts, topped out at 90 MPH in the 2016 Empire League Camp bullpens.

He will join our good friends Billy Horn and Hal Lainer in the Ottawa Champions for his opportunity to continue moving up in his career.

“He was due, and i think he knew it, Miles is a great guy and can pitch very well from the left side at any level in my mind. This is finally his shot to succeed. Congrats to you Miles!” Eddie Gonzalez Director of Business Operations.

Miles is set to jump right in for the Ottawa Champions bullpen upon arrival.