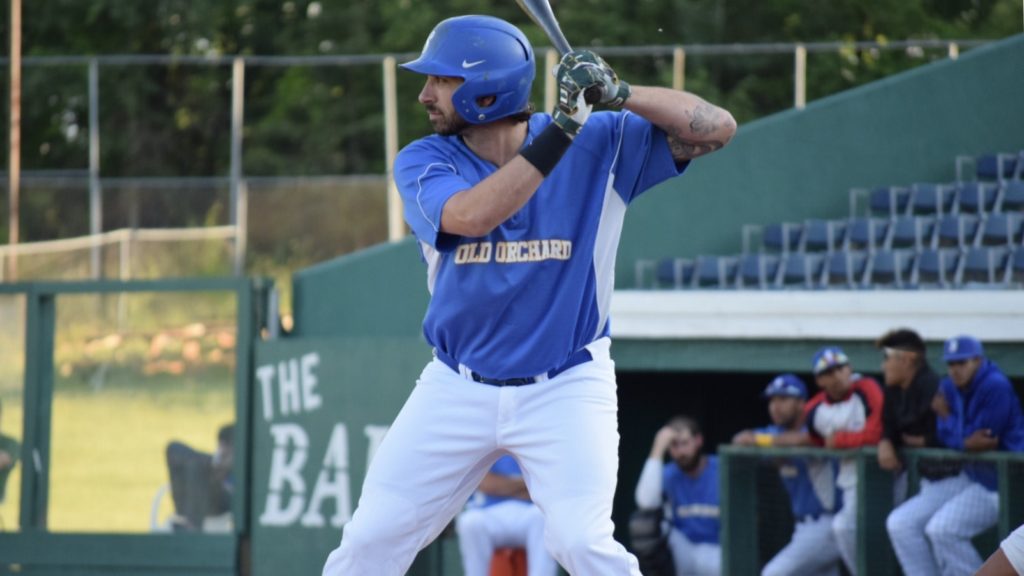 OLD ORCHARD BEACH, ME – Surge top Explorers in series opener by a score of 10-8.

Old Orchard Beach Surge went down quickly in the first inning as the Explorers put up 3 runs on great hitting led by Jesse Hughes who had a long single off the wall to drive in 2 runs.

The Surge would come back in the second inning with 3 runs of their own.

Kevin Putkonen followed the next inning with his 1st homer of the season to put the Surge up 8-3.

Sullivan wouldn’t go away though as they put up 3 runs off reliever Luis Velasquez. Velasquez was able to get out of the inning with no further damage by striking out red hot Explorers hitter Jesse Hughes with runners in the corners.

After a triple by Edgar Lebron who scored with a sac fly, Mike Davis hit a screamer to left in the bottom of the 7th but a great play by Cole Easley turned it into a sac fly to score Gevon Jackson to put the game 10-6. Edgar Lebron was just a Home Run shy of a cycle.

Spencer Prusack gave up a home run to Samuel Carter to start the 8th but bounced back with 2 strikeouts and get out of the inning.

Joe Macks started for the Explorers and pitched 5.0 innings and got the loss.

Casey Cannon, although struggled in the first, bounced back to pitch 6.0 innings and get the win.

Next game is scheduled for tomorrow at 6:30pm at The Ballpark in OOB.