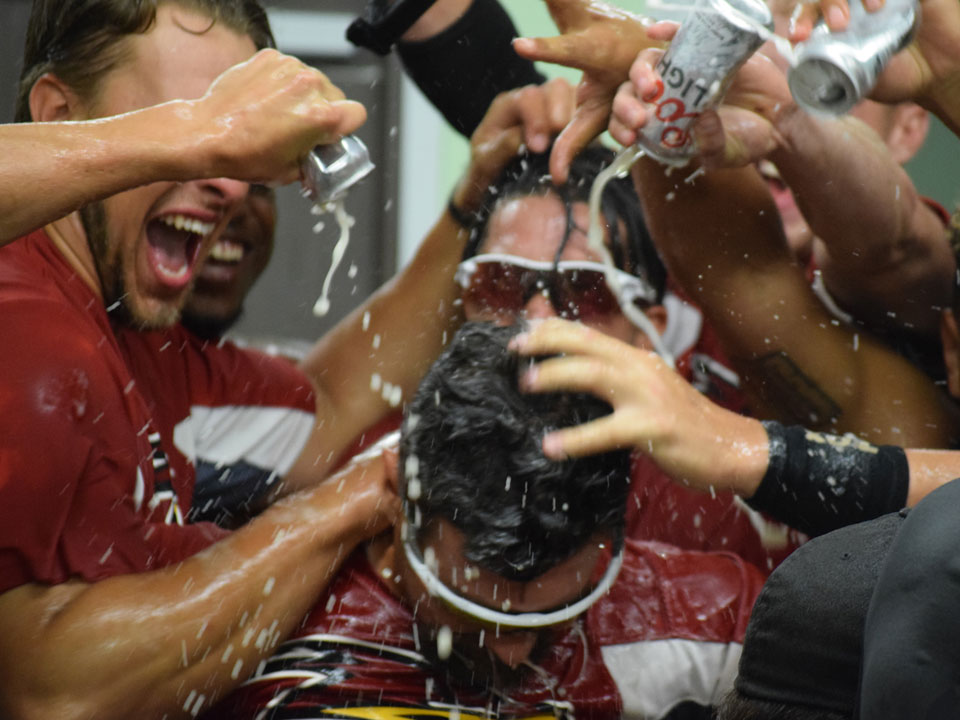 OLD ORCHARD BEACH, ME – The Plattsburgh RedBirds emerge victorious in matchup with the Old Orchard Beach Surge and have won the first half of the Empire League. They are  now headed to the 2017 Empire League Championship Series.

Dimitri Nunez did exactly what he has done all season long and was impressive in the win. Nunez pitched 7.2 innings  while only giving up 2 runs. Nunez has gone over 7 innings pitched in every single one of his starts and is now 3-1  with a 2.68 era and a league leading 43.2 innings pitched and only walking 8 batters all season long while striking out 26. The RedBirds were led offensively by Christian Nazario-Cruz who had 2 hits in the game and having a great series against the Surge. Raul Shah had a singled and scored a game high 2 runs and drove in 1 while stealing a base.

Dominic Severino started for the Surge and went 6 innings but did not get any defensive help as early errors allowed for 6 runs to score with only 3 being earned. Kevin Putkonen and Edgar Lebron both led the way offensively for the Surge with 3 hits each. Sebastian Diaz has stayed hot and has done well since joining the Surge and had 2 hits in this one.

“Dimitri is one of the best I’ve seen. He is such a smart pitcher, can throw 7 different pitches and change hitters timing while throwing left handed at 3 different angles. He’s frustrating to face.” – Manager Joe Winkelsas