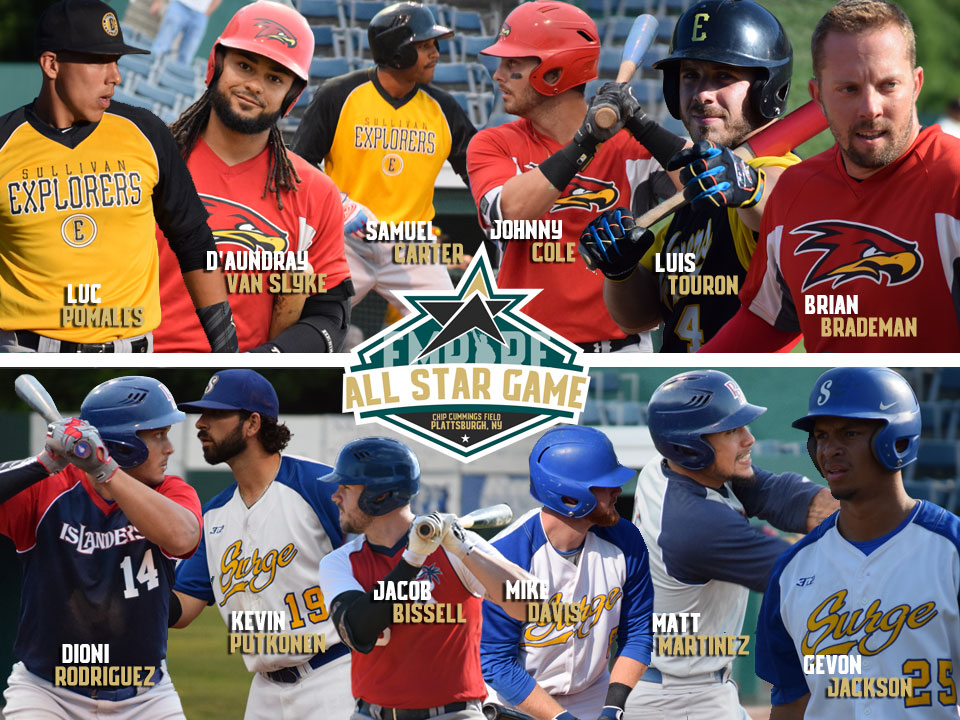 PLATTSBURGH, NY – The Empire League announced the 2017 ASG Home Run  Derby participants honoring Babe Ruth. Champion will be crowned by Linda Ruth Tosetti, living granddaughter of the legendary Babe Ruth on a day when The Empire League recognizes the Babe and his legacy.

Representing the East side, (Sullivan Explorers and Plattsburgh RedBirds

The competition will consist of 3 rounds. Two divisions of 6 participants for the first round of 15 outs (East Division and West Division) will compete. The top two leaders from each  division in round one will advance to the 10 out semi-final round. The winners of each division will face each other in the final round of 10 outs to crown the champion.

Winners will be crowned by Linda Ruth Tosetti, living granddaughter of the great legendary Babe Ruth. Linda has kept the Ruth legacy going with untold stories and Babe Ruth memorabilia for years and the Empire League will welcome Linda and her husband Andy to honor the Babe at this years EPBL All Star Game.

The Home Run Derby will begin at 1pm and will be followed by the All Star Game at 330pm.