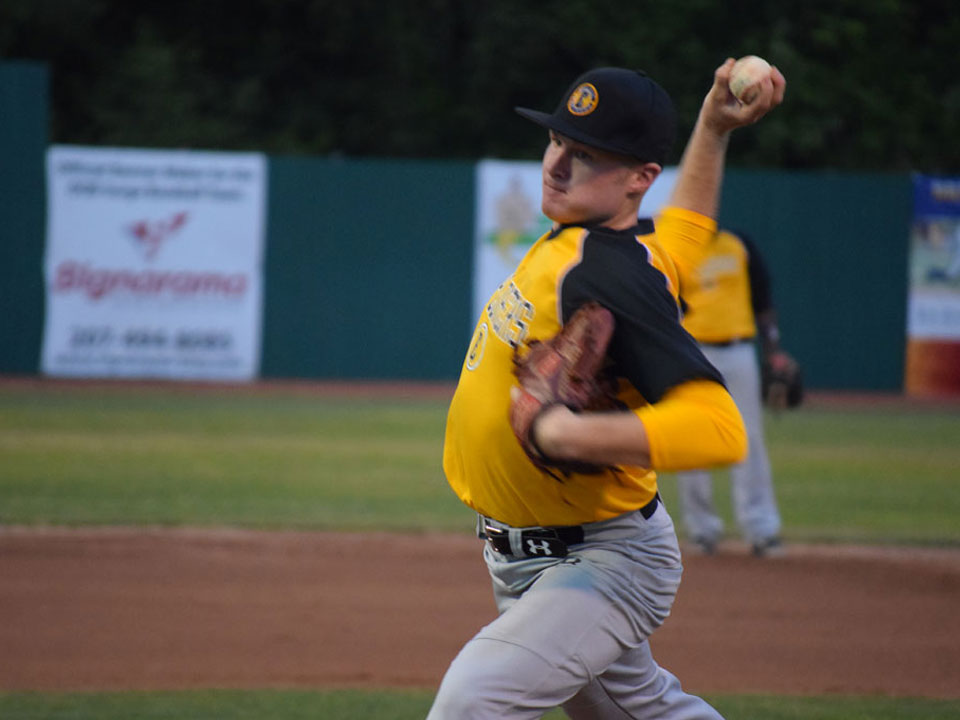 OLD ORCHARD BEACH, ME – The Explorers get their first win of the second half against first place Surge in an excellent outing by Explorers starter Billy Felo.

Felo started for the Explorers and went 6 innings of work allowing just 5 hits and no runs while striking out 1 batter. Joe Macks came in relief and pitched  3 innings  finishing the game with 2 runs allowed on 2 hits.

Casey Cannon started for the Surge and was not himself as he allowed  only 1 earned run out of 7 that scored. That’s right, 7 total runs given up for Cannon but only 1 was earned as defense made several mistakes  scoring several runs per mistake.

Luc Pomales led  the game offensively with  2 hits including a big blast to left center field. Luc added a double and 3 RBIs.  Brian Wirth also a main  part of the offense as he had 4 RBIs and 2 hits.

Gevon Jackson had 2 of the 5 total hits the Surge had in the game. He belted a solo homer  over the left field wall as well as a double.

Old Orchard Beach Surge moves to (3-1) while the Sullivan Explorers improve to (1-3) for the second half.

Next Game is to be played tomorrow night at 6:30pm at  The Ballpark in OOB.