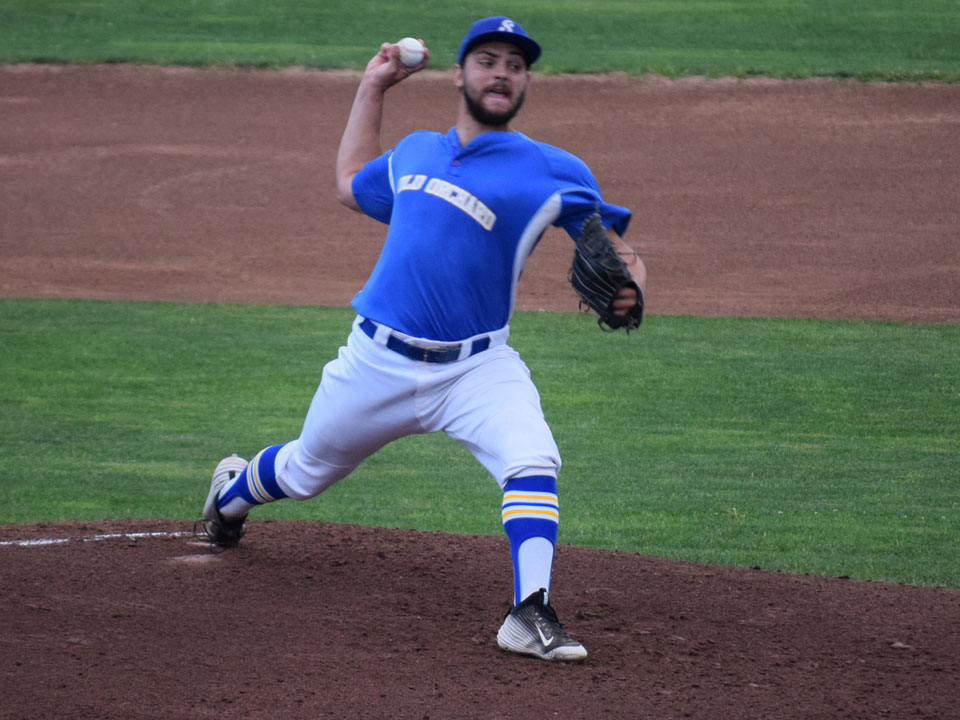 Mozeika was spectacular on the hill tonight going the distance against a very good hitting Sullivan Explorers. In the 9 innings, Mozeika allowed 7 hits, walked 4 batters and struck out 7 Explorers. The win is Mozeikas 3rd win of the year.

Edwin Arroyo, Kevin Putkonen and Gevon Jackson led the way offensively for the Surge with 2 hits each including 2 doubles and 2 RBIs from Jackson and 1 RBI from both Putkonen and Arroyo. Alexander Bee has been very impressive since joining the Surge as he has hit safely in all of his starts including a 1 for 2 performance with 2 walks.

Sullivan Explorers had some opportunities to score runs but great defense from the Surge prevented that. Explorers offense was led by Brandon Young who had 2 base hits in the game.

The Surge improve their record to (7-1) while the Explorers drop to (1-6). Both teams are set to face each other in a series ending double header. Games are at 1:00pm and 4:00pm. Tickets are on sale at empireproleague.com