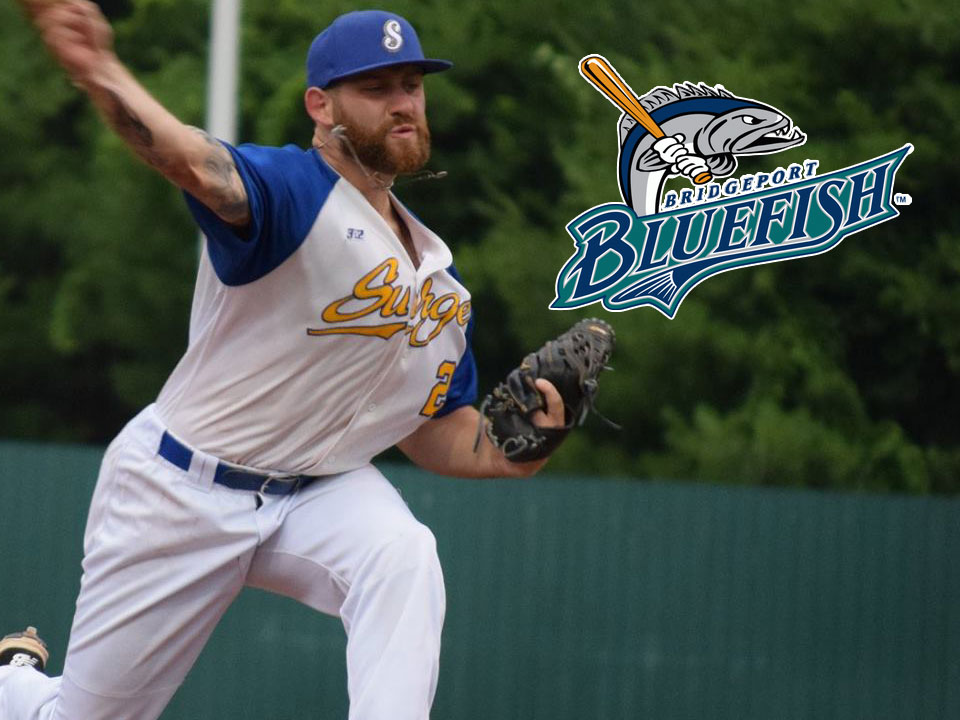 PLATTSBURGH, NY – The Old Orchard Beach Surge lose yet another great pitcher in Dominic Severino as he is being moved to pitch for the Bridgeport Bluefish of the Atlantic League.

Severino started the season as a starter in the Surge rotation but was moved to the bullpen later on where he had a lot of success. He was drafted high out of the Empire League spring training draft and was a prospect all season long.

He will join the Bluefish immediately and continue his career at the highest level of independent baseball.

“I first saw Dom in the PRIBL Winter League program down in Puerto Rico. A program that is really about development of players. We invited him to camp and he has done a good job of finding himself as a pitcher in professional baseball. He did both start and close and i believe he will excel at the next level in the pen and we couldn’t be happier for Dom and the Bluefish” – Jerry Gonzalez VP of Baseball

The Surge are eligible to pick up a player of their choice from players from eliminated teams.