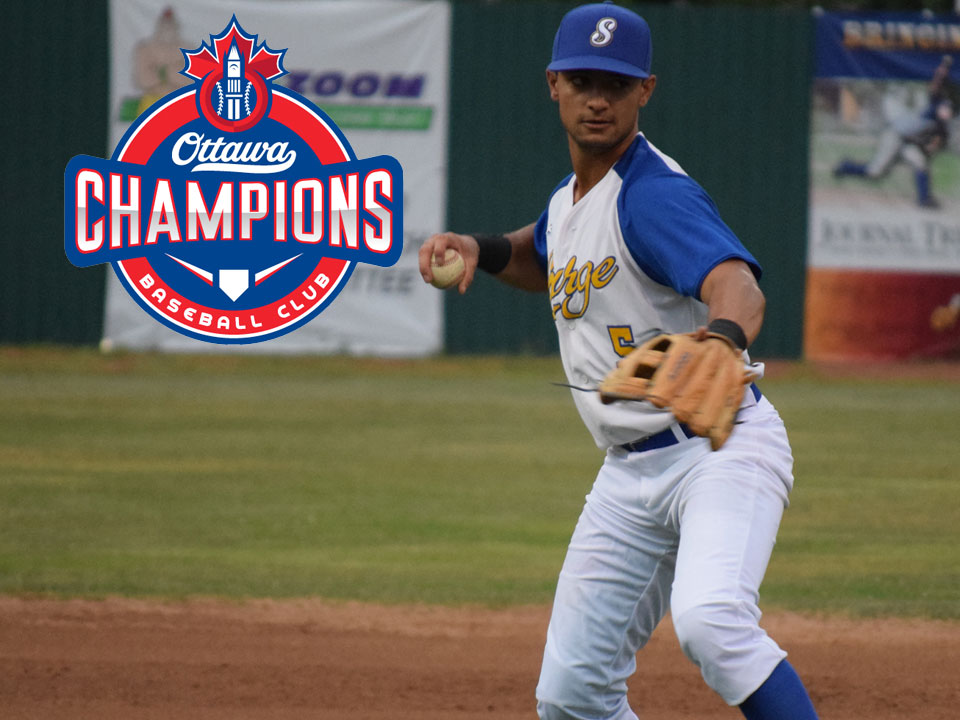 OLD ORCHARD BEACH, ME – Surge shortstop Sebastian Diaz has been stellar and is moved to the Ottawa Champions of the CanAm League.

Sebastian hit his first homer with the Surge on the day he arrived making an immediate impact on the team. His outstanding play has landed him a job with the Ottawa Champions of the CanAm League.

“The kid came out swinging and is very deserving of this, on behalf of the Empire League we congratulate him on moving to Ottawa. They were the champs of the CanAm last season and managed by a great coach in Hal Lanier. We want to wish him the best of luck” – Jerry Gonzalez Vp of Baseball