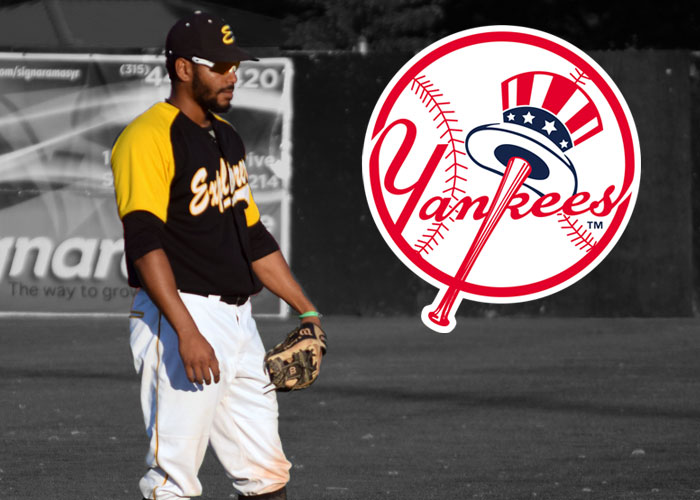 TAMPA, FL – Nate Coronado, who played for the entire season  for the 2016 Empire League Champions Sullivan Explorers, has officially signed with the New York Yankees.

Nate, one of the top prospects of the Empire League in 2016, played shortstop, third base  for the Explorers.  He led the team with a .381 batting average  in 126 At Bats  hitting 4 home runs  while driving in 27 runs and scoring 35 times.  He also led the team in stolen bases with 13.

Coronado went on to sign with the Colorado Rockies for the 2017 season after the 2016 Empire League season in which he was sent to the Rookie ball level in the Pioneer League team  called Grand Junction Rockies.  In the only 20 At Bats he had during his time with the Rockies he had 9 total hits, 3 of them Home Runs, which is  1 home run every 6.67 at bats,  .450 batting average,  1 triple and 7 RBI’s and stolen base. Numbers that are beyond Rookie level. Well, Coronado was released after putting up those numbers.

Coronado had proved once again he is a top prospect in minor league baseball and the New York Yankees signed Coronado for the 2018 season.

“I hated having to play the Explorers that in 2016, they had some great hitters and having to face a guy like Coronado was tough. He’s an above average athlete and baseball player with incredible mechanics and i hope the Yankees keep him for a long time” – VP of Baseball Jerry Gonzalez

Nate will report to Tampa, Florida where the New York Yankees spring training  complex  is located as he awaits assignment to a team.