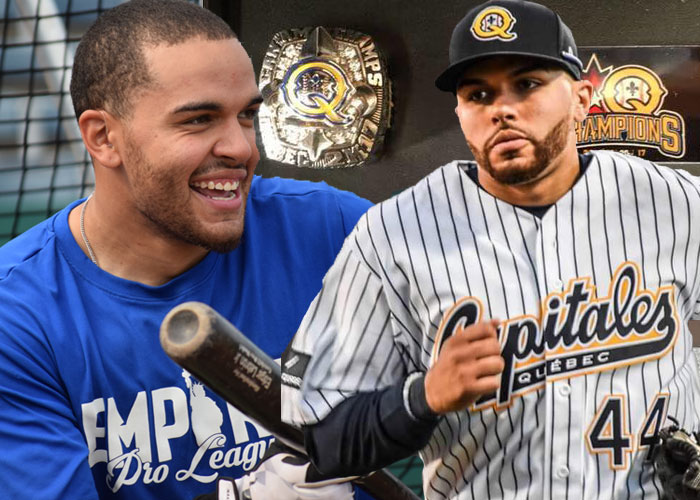 TAMPA, FL- Empire Leagues Edgar Lebron Jr, who spent the 2017 season as a top league prospect with the Old Orchard Beach Surge in Maine was sent up to play for Quebec Capitales at the end of league play.

League head scouting director Eddie Gonzalez had to select the perfect payer when asked by the Quebec organization about the need to fill a position.  Mr Gonzalez felt Lebron had all the attributes required to fill the need.  The Capitales went on to win the CanAm League Championship, and Edgar Lebron was a great late season contributor.

Edgar Lebron earned a roster spot once again with the Capitales for the 2018 season, and today we congratulate him on earning his Championship ring, a feed that many attempt but never reach.