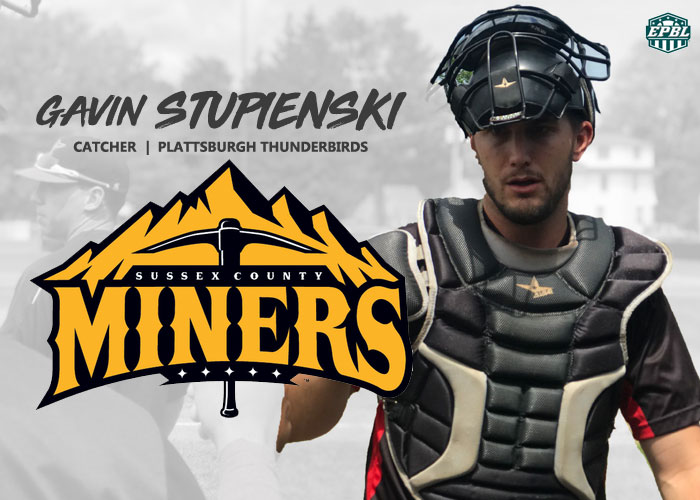 PLATTSBURGH, NY – The Empire League has moved starting catcher for the Plattsburgh Thunderbirds Gavin Stupienski to the Sussex County Miners of the Canam league today.

Stupienski  in just 8 appearances with the thunderbirds is (2 for 6) with a home run  and 3 RBI’s with no stolen bases allowed.

Stupienski was drafted  by the Arizona Diamondbacks in the 12th round of the 2016 MLB draft where he  spent 2 seasons of affialiated baseball and is now taking the next step into his career by coming to the Empire League and now being moved to the Sussex County Miners of the Canam league where he will be the starting catcher in tonights matchup.