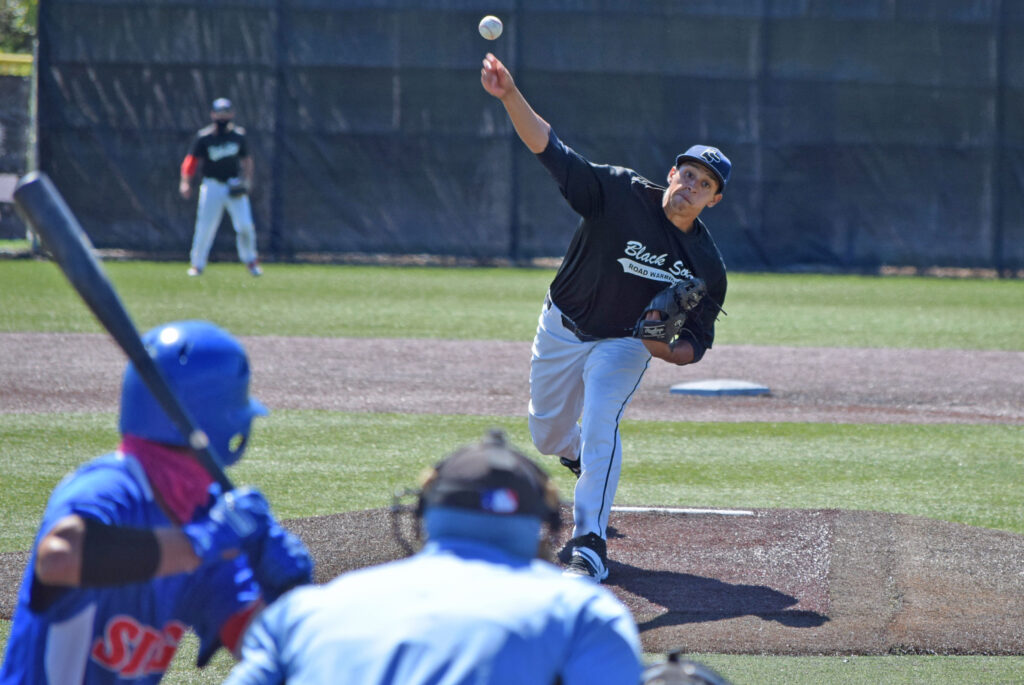 WASHINGTON, PA – The Road Warrior Black Sox defeated the Saranac Lake Surge by a score of 7-1 in the first game of todays Empire League Series where the first place Black Sox took on the last place Surge.

The Black Sox took an early lead in the 2nd inning when first baseman Frank Podkul blasted an opposite field Home Run.

They would add 2 more in the bottom of the 3rd inning on a clutch 2 out, 2 RBI single up the middle by shortstop Zane Gelphman to score Manny Gomez and Vee Desai.

The Surge would get on the board in the 7th inning when Will Thomas singled to the left side scoriing Kyle Robinson who singled for the second time in the game.

Garcia has been credited with the victory while Canelon will take his first loss of the series. Both teams will resume play tomorrow at 11am and 3pm.