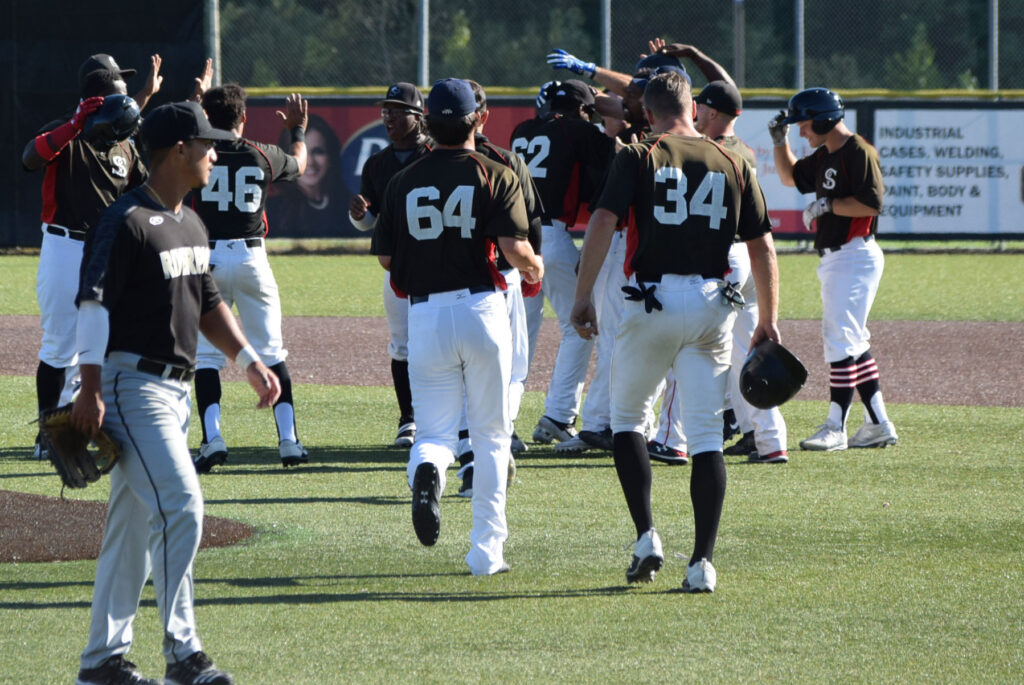 WASHINGTON, PA – The Brilliance Sox walk off on the Tupper Lake Riverpigs to win 5-4.

The Brilliance Sox took a 1-0 lead in the bottom of the 1st inning on a RBI single by Cody Lovejoy to score Dustyn Macaluso.

The Tupper Lake Riverpigs would answer in the 3rd inning when Aj Pollack tied it at 1-1 with a triple to the right side scoring Tyler Bailey. Nicholas Ybarra continues his hot streak with a single to drive in Aj Pollack. Ybarra would then score on a ground ball to shortstop by Josh Goulet.

In the top of the 4th inning, The Riverpigs would add another run when Rami Jadallah singled up the middle to push Jose Zacarias to third. Zacarias would eventually score on a Wild pitch strike 3.

Dustyn Macaluso would triple in the final inning, Cody Lovejoy would be hit by a pitch and steal second, and Ben Andrews would drive them in to walk off for the victory.

Both teams will play tomorrow at 11:00am and 3:00pm for the second rivalry day.