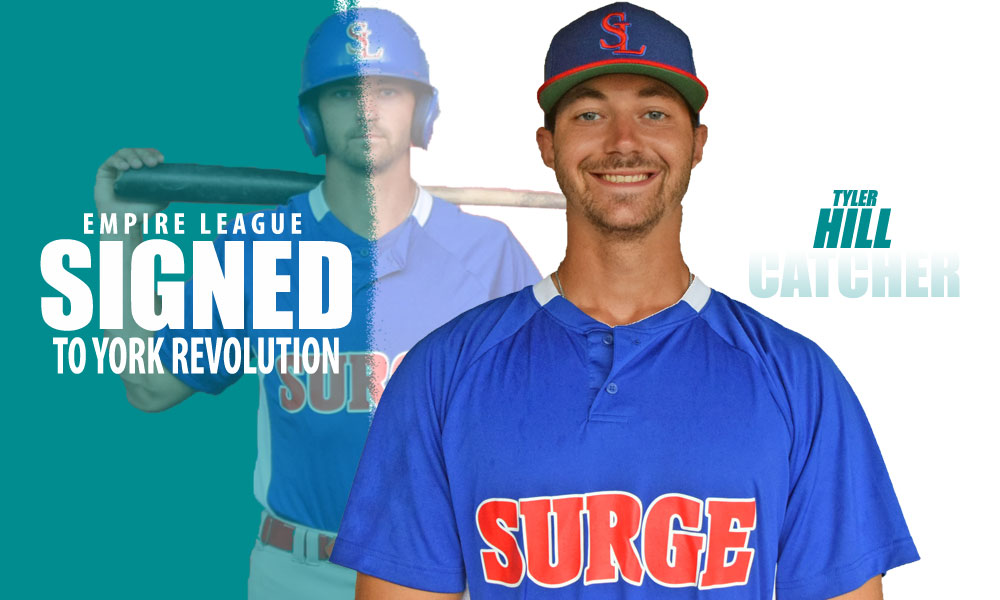 WASHINGTON, PA – Surge catcher Tyler Hill will be wearing a new uniform for 2021 as he has officially been signed to the York Revolution of the Atlantic League for the 2021 season.

Tyler Hill has been displaying a great amount of talent offensively and defensively and will continue to learn from Manager Mark Mason who is currently his manager with the Saranac Lake Surge of the 2021 Empire League Series.

No better way to end a 4 for 4 day then to get the news that Hill will be wearing a York Revolution jersey next year.

“I have no words, I’m very thankful for the coaches, my family, Mark Mason and the Empire League for this amazing opportunity. I couldn’t have done it without them.”

Hill will continue to perform and learn from his future manager Mark Mason as the Surge look to finish strong in the Empire League Series.