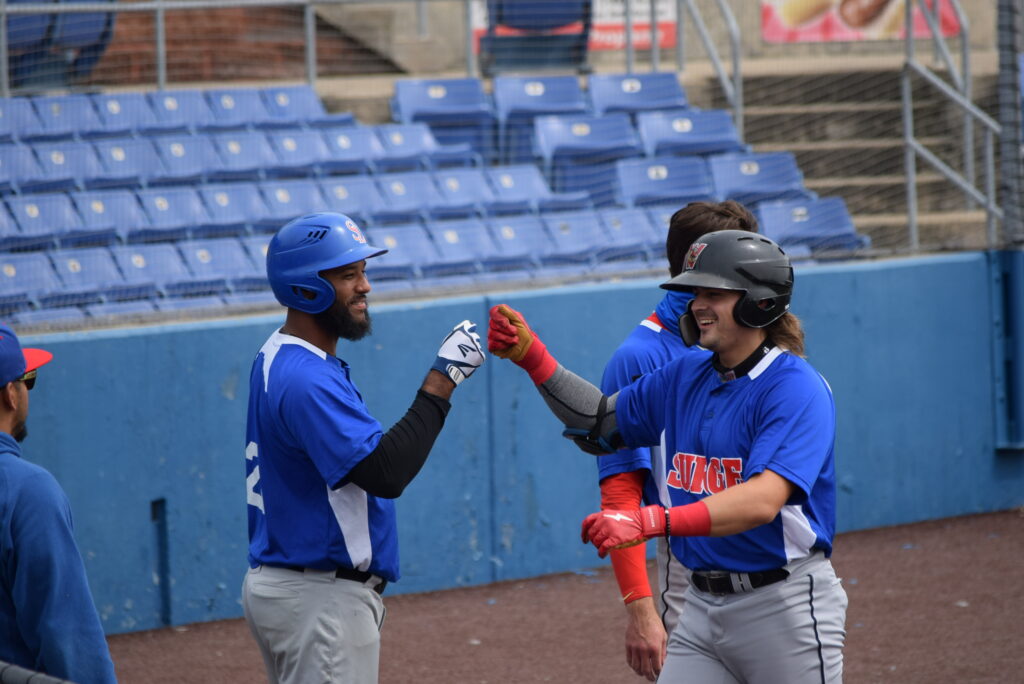 Sean Lubreski would start for the first place Black Sox against Donnell Hightower of the Surge.

Surge would get on the board first when Chris Kwitzler would get his first homer of the series over the left center wall.

The Surge would add 3 more in the 3rd inning when James Guererri scored on a double by Kyle Robinson, Olmstead would score on a ground ball by Chris Kwitzler and Robinson would score on a sac fly by Tyler Hill.

A big 4th inning for the Surge as they would bat around scoring 6 runs on 6 hits including doubles from Robinson and Kwitzler and a big home run by Sid Kumar to make it 10-2 Surge.

In the 5th Inning the Surge would once again explode for 5 more runs including a second homer of the game by Chris Kwitzler.

Sid Kumar would hit a second homer in the game to give the Surge a commanding lead.