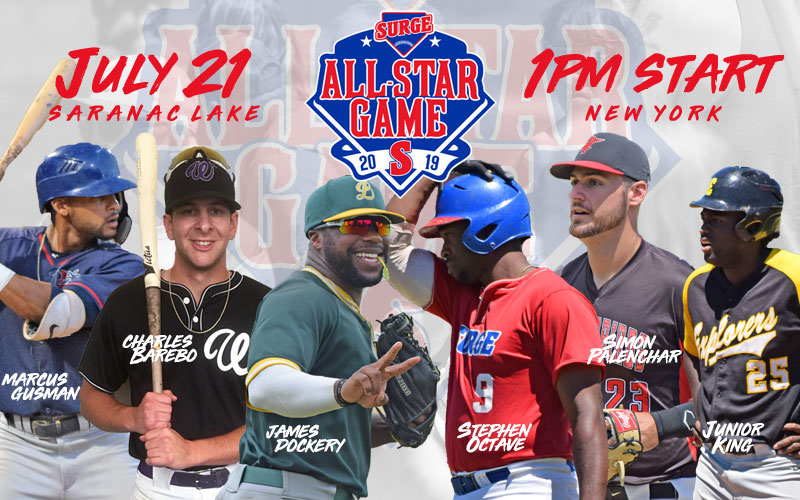 SARANAC LAKE, NEW YORK – The Empire Professional Baseball League has announced the participants for the 2019 Empire League All Star Game and Home Run Derby that will take place on July 21st in Saranac Lake, New York.

For the players list, visit the  All Star Game link to view the finalist for the Home Run Derby and the All Star Game.

The Home Run Derby will consist of 6 players from the 6 Empire League teams each representing their team. They will compete in a Bracket round 1 in which the 3 winners will advance into the final round swing off. Each player will have 10 outs in every round to hit as many Home Runs as possible.  Kids will be allowed to chase fly balls in the outfield if registered 2 hours prior to the Home Run Derby.  Derby will begin at  1pm and will be followed by the All Star Game.

After the All Star Game, there will be a Tap Take over Annual All Star Night Celebration at Hotel Saranac honoring our veterans in which proceeds will benefit non profit charities starting at 5:30pm. Fans, family and friends are all invited Join us for a celebration  night to remember for a good cause.

Tickets for the All Star Game will be available only at the gate at the Saranac Lake Surge field.  Admission is $10 for adults and Children are free. Get there 2 hours prior to the game for batting practice, autographs, photo opportunities and to witness balls flying into Saranac Lake.