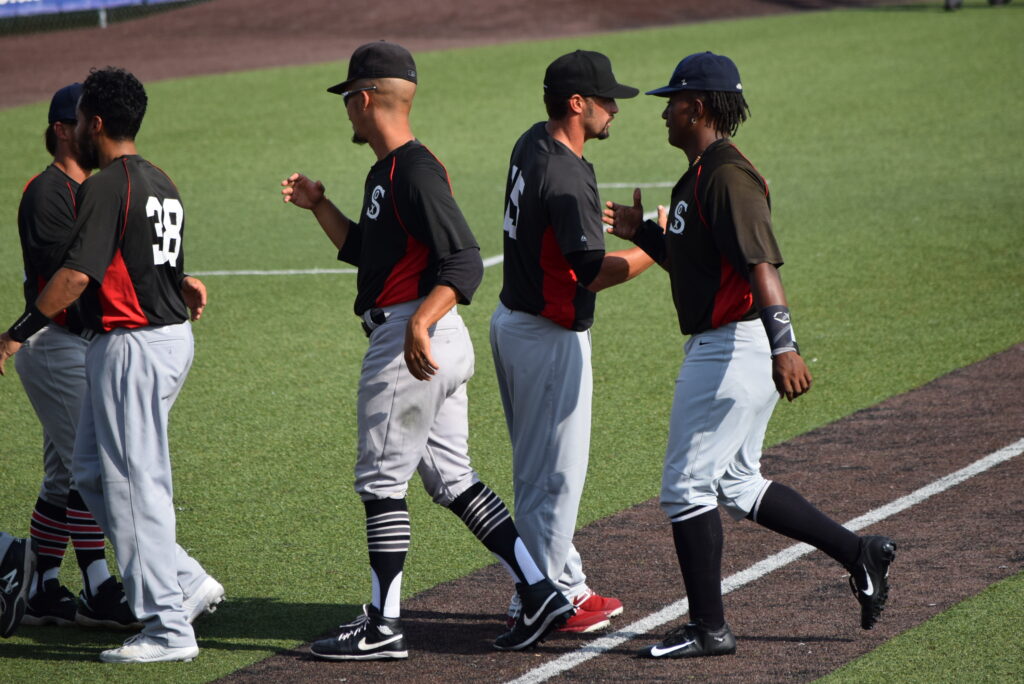 WASHINGTON, PA – The Saranac Lake Surge started the 2020 series off with a hard fought game versus the Baseball Brilliance Sox coming back from a 4 to zero deficit but late rally wasn’t enough.

The Saranac Lake Surge were behind 4 to zero going into the bottom of the 8th inning where the Surge only had 2 hits off Sox starting pitcher Bruce Bell who was very dominant going 8 innings of work striking out 5 batters before being taken out in the 8th inning. Bell earned his first win of the season.

Surge scored 5 runs to take a 5 to 4 lead heading into the top of the 9th but a 2 out rally gave the Sox the lead and the win.

Kyle Robinson and Cory Alexander led the way offensively for the Surge with 2 hits each.

The Surge will take on the Road Warrior Black Sox tomorrow at 11:00am ET.