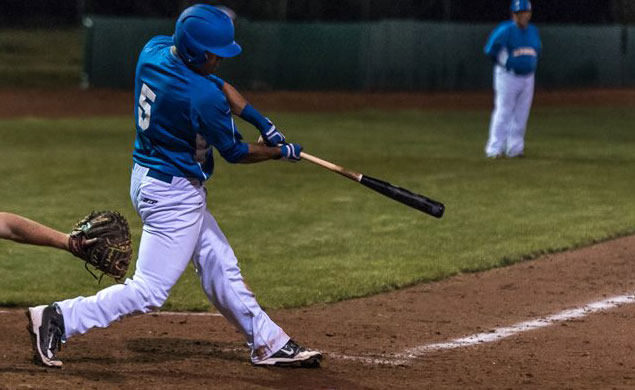 The Old Orchard Beach Surge (3-2) defeated the visiting Sullivan Explorers (2-3) on Tuesday night at The Ballpark with a final score of 7-6.

The game remained scoreless until the 3rd inning, when the Explorers took a 2-0 lead. Left fielder Bryan Hoover and second baseman Shigeta Hayoto each picked up RBIs. The Surge offense quickly matched it, with third baseman Luc Pomales knocking a 2-run single.

The Explorers would take a 3-2 lead in the 5th, with a bases loaded HBP. A solo homerun from Surge designated hitter Jordyn Van Atta, his first of the season, tied it 3-3.

Sullivan took a 5-3 lead in the 7th, with runners reaching home on an error and a sac fly from outfielder Adrian Gonzalez. Another error in the 8th would allow the Explorers to take a 6-3 lead.

The Surge rally began in the bottom of the 8th, getting themselves within 1 run. Pomales led off with a triple, reaching home on a Sean Washington sac fly. Shortstop Joshua Martinez knocked in Nathan Schwertner with an RBI single.

Matt Papa took the Explorers into the 9th inning with a one run lead to complete 8 innings pitched. The Surge tied it up then walked off with a bases loaded single to end the game.

The Explorers play at home Wednesday, June 8th, at 3:00pm for game 1 of a 5-game series with the Watertown Bucks at Generals Park.