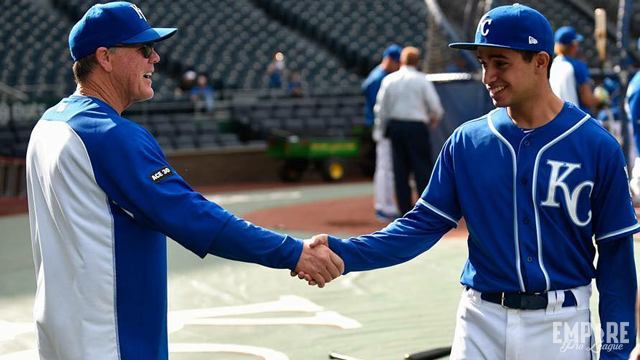 KANSAS CITY, MO – The Kansas City Royals join Major League Baseball in raising awareness for autism by hosting Autism Awareness Night tomorrow night when the club hosts the Los Angeles Angels of Anaheim. Throughout the evening, the Royals will highlight new initiatives at the stadium to provide a more inclusive environment, including Quiet Zones and Exceptional Concession Stands. 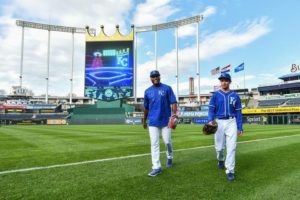 Eight Quiet Zones have been designated throughout the stadium in areas that are generally quieter than other areas to allow guests to have a break from over-stimulation and sensory overload. Signs have been posted in each of these zones to encourage guests to be courteous of those in the area.
Three Exceptional Concession Stands (Section 116 – Dugout Concourse, Section 203 – Price Chopper Marketplace and Section 323 – Lexus Level) have also been created to encourage those who are on the spectrum or have other disabilities to develop social skills in making a transaction. Staff in these designated concession stands have been trained on the best ways to interact with each guest.

Throwing out the honorary First Pitch Friday will be Tarik El-Abour, special guest of former Royals player Reggie Sanders and the Reggie Sanders Foundation. El-Abour is the first person with autism to sign a professional baseball contract and played with the Sullivan Explorers of the Empire Pro Baseball League in 2016. El-Abour will also take batting practice with the Royals earlier in the day. Other elements of the pregame Friday will bring awareness to autism, including the National Anthem, Buck O’Neil Legacy Seat and the “Play Ball” kid. Several displays, including a “sensory tent,” will have information and activities available in the Outfield Experience across from the Royals Hall of Fame.
On Sundays following Royals home games, kids with Autism Spectrum Disorder will be able to get a Fun Run Sensory Pass. This pass will allow children who are unable to wait for long periods of time go to the front of the line for the Fun Run. Throughout the season, fans can pick up the Fun Run Sensory passes and check-out noise-reducing ear muffs and weighted lap pads from the Guest Services offices on the Plaza and View Level. 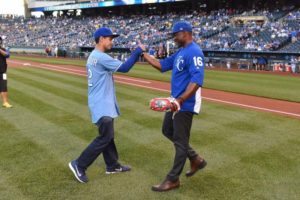 During the offseason, Royals Game Day Staff was trained on Autism Awareness, which was designed to educate employees on best practices to make the ballpark more enjoyable and comfortable for those who are affected by Autism Spectrum Disorder. Trainings will continue throughout the season.
Members of the media may contact the Royals Publicity Department at (816) 921-8000.