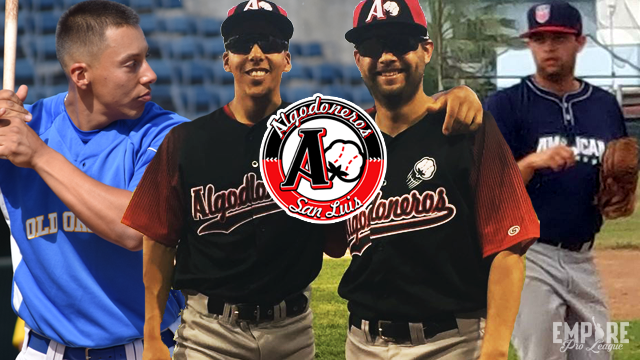 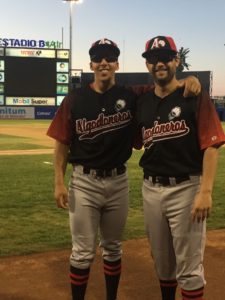 Pictured to the left are Drue Bravo and Luc Pomales together posing for the Empire League and  PRIBL  for their help in getting into the Mexico League.

“This is a huge step for them, These Mexican leagues are equivalent to the Atlantic League and American Association levels. Which are far superior then the Frontier and CanAm in my eyes. These boys are now playing at a level where their success could lead them to a huge advancement in baseball. I would like to congratulate them and wish them the best of luck in their careers.” VP Jerry Gonzalez.

Along with Luc and Drue, the Empire League has also sent RHP Toby Eigner who was originally registered for camp with hopes to making a team, to the Texas Airhogs of the American Association. The Empire League and PRIBL had other plans for him as he  was considered as one of those guys who deserves to be playing high level of baseball.

“Our goal for the Empire League is not to hang on to players but  to help them  advance in their baseball careers. That’s why we are doing this. We have success when players have success so we want to help them as much as we can continue to play in higher level leagues. ” CEO Eddie Gonzalez

Spring Training for the Empire League is just around the corner on June 4-8 and June 18-21 for those players looking to play  professional baseball and begin building their “EMPIRE”. Those interested in attending camp, Click Here.