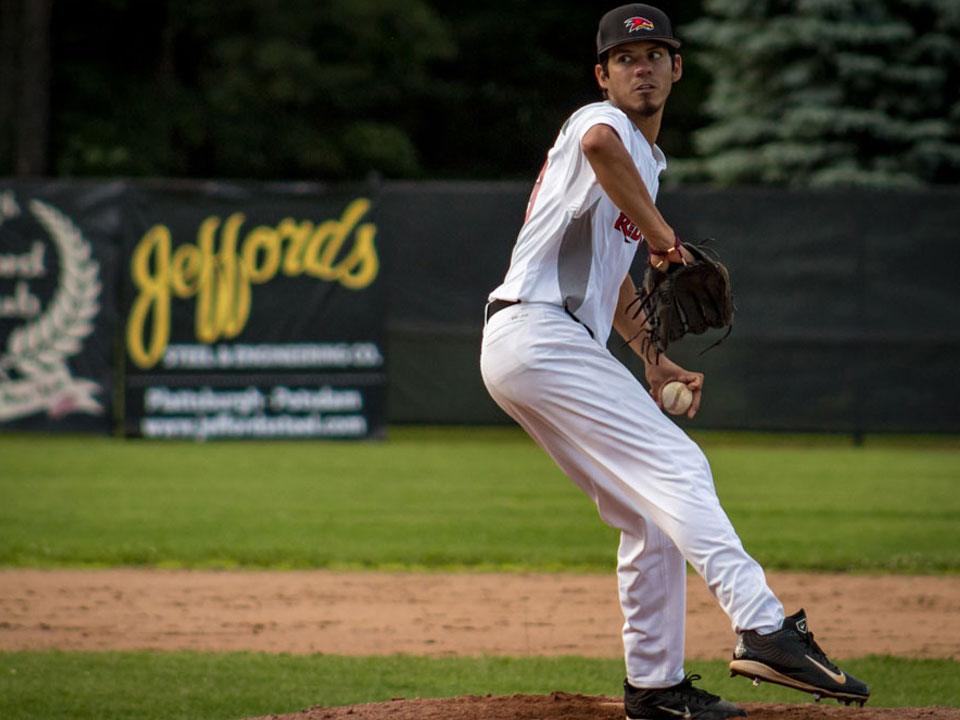 PLATTSBURGH, NY – The story of the day was Dimitri Nuñez. The left-hander was brilliant, scattering six hits and walking three over eight and a third.
Things looked rocky early as Kevin Putkonen blasted the first ever home run at Chip Cummings Field, a solo shot to right. But Nuñez would settle down and hold the Surge in check the rest of the way. His delivery varied from batter to batter, sometimes pitch to pitch, keeping hitters off balance and inducing soft contact for his fielders.

The Redbirds would score three in a 1st inning highlighted by Raul Shah’s two-run single and never looked back. Christian Nazario-Cruz and Johnny Cole both scored two runs, Mitchell Lake drove in a pair, and Brian Brademan even got hit by a pitch to account for one of his two RBIs.

I have mixed feelings about Dimitri Nuñez, who I’ve only ever seen be lights out since I began tracking his career in 2015. Selfishly, I look forward to watching him aid the Redbirds in their championship hunt every fifth turn. But the other side of me roots for him to shed his Redbirds jersey get an opportunity to pitch in a higher league. He deserves it.

Tomorrow concludes the series with the Surge. Double header, two 7s, starting at 1pm. And it’s Clinton County Youth Day!!! How does it get any better than that?

Michael Chiaradio
Ahead of the Spread