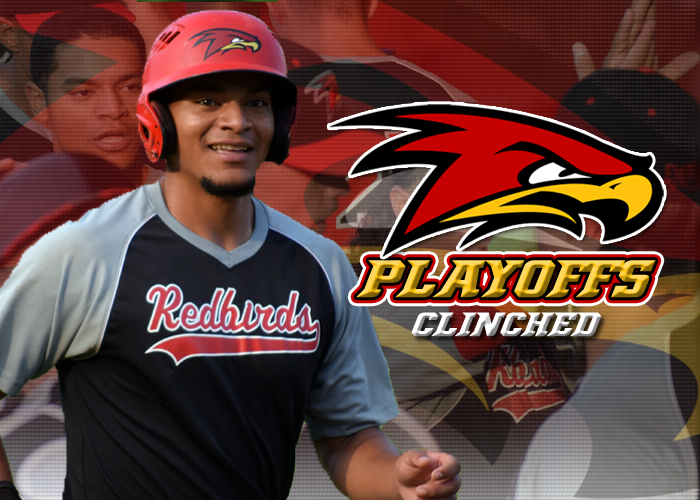 PLATTSBURGH, NY – The Plattsburgh RedBirds have clinched the final spot of the 2018 Empire League Playoffs.

It was a close race until the end and the RedBirds caught fire defeated the Puerto Rico Islanders in  the previous series  and with Old Orchard Beach losing to New Hampshire Wild, that means the RedBirds are in the Playoffs with just one final  game remaining.

The Playoffs will be hosted at Chip Cummings field. Fans are able to attend and watch both games as they will be played from the 10th to the 13th. August 10th will be a win or go home Wild Card game to see which of the 4 t eams will advance to the Championship series.

The New York Bucks earned first seed so they will play the 4th seed which could be the Plattsburgh RedBirds, who are tied with the New Hampshire Wild, in  Game 2 at 4:00pm at Chip Cummings Field while the second seeded Puerto Rico Islanders will take on the New Hampshire Wild at 11am at Chip Cummings Field if they can manage to beat Puerto Rico tomorrow in the final game of the season.

This is the time of the year we have all been waiting for, Playoffs and the Plattsburgh RedBirds have a chance to repeat!  Tickets are  only $5 for grass seating or $6 stadium seating sold at the gate at   Chip Cummings Field.