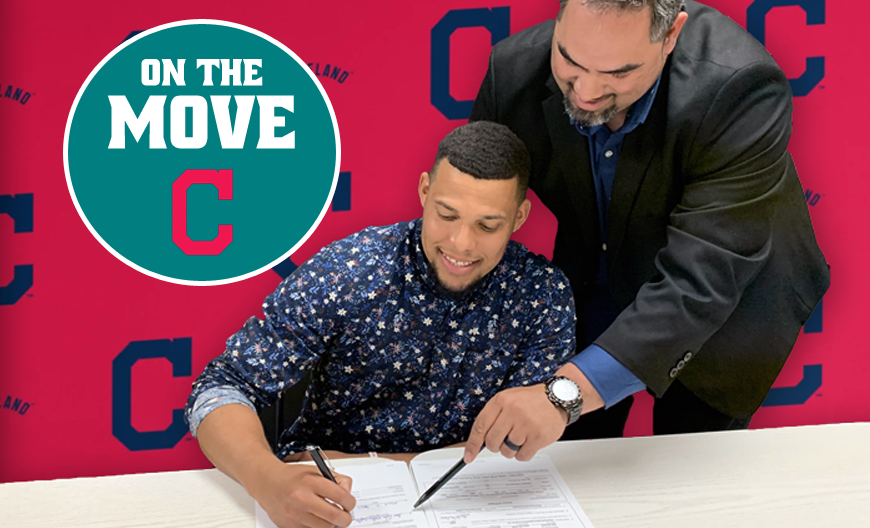 SARANAC LAKE, NY –   2020 Top Empire League pitching prospect Juan Mateo will no longer be participating at this years Pro Baseball Showcase and League training camp. That’s because Juan has officially signed a Pro contract with the Cleveland Indians this week.

After attempting and failing to earn a Pro Baseball Contract for nearly a decade with other sources and coaches, Juan decided to trust in the work of Pro Baseball Instructor and Player Consultant Eddie Gonzalez. Eddie helped Juan improve velocity from the mid 90’s to comfortably and consistently reaching 100 miles per hour. During the process he work diligently at exposing Juan to MLB proper scouting with his highly respected scouting networks and connections.

Juan spent most winter months training and getting in the best physical shape of his life. Following a Professional Nutrition and Fitness plan with trainer Omar Cintron and the NutriSpot in Brandon Florida.

Juan’s Story is an inspiration to so many. “If you truly want to achieve something the secret is never giving up and surrounding yourself with the correct people. But put God first!” said Juan.

Coaches staff and the Empire Baseball Family is proud of Juan for his efforts and wish him the best of luck during his journey.

To showcase your player skills in front of Mr. Gonzalez and the Entire Empire scouting system, players can enroll and register for this years Pro Baseball Independent showcase camp by clicking here.