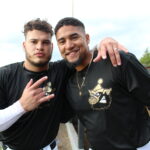 TUPPER LAKE, NY  –  The Tupper Lake River Pigs opened the season with a strong display of offense and pitching as they took down the Japan Islanders 12-3. The River Pigs were led by a combined effort on the mound from starter Daniel Rojas, Joseph Brennan and Zachary Goree. Rojas went five strong innings, allowing only one unearned run and two hits, while striking out seven batters. Other than the third inning, when the River Pigs defense let him down, Rojas kept the Islanders lineup off-balance throughout his outing.

Brennan followed up Rojas with two strong innings, only allowing one hit, and striking out one. Goree entered the game in the eighth inning, inheriting a large River Pigs lead. Although he was able to close out the game without giving up the lead, he did struggle a but, walking two batters and allowing three hits, one being a home run in the eighth and ninth inning.

Although the River Pigs pitching showcased its strength, it was overshadowed by the versatility of the teams offense. The most impressive game came from player of the game, Mikey Edie, a player out of the San Francisco Giants organization, who went 5-5, with three runs scored, a triple, a home run and four RBI’s.

The top and middle of the River Pigs’ batting order impressed as well. Hector Martinez, the designated hitter who bat in the four spot right behind Edie, had himself a day as well, going 3-5 with one run scored, a home run and three RBI’s. After Martinez bat shortstop Walner Espinal who went 2-4 with a run scored and a double. Leadoff hitter Khalyd Cox went 1-4 with two runs scored, a double, a walk and three RBI’s, playing a big role in the River Pigs win.

With the win, the River Pigs start the season 1-0 and look to be one of the better teams in the Empire Baseball League this summer. It remains to be seen if the strong play showcased in the game can be sustained throughout the season.

After a rainout on Thursday, the River Pigs will look to take the series over the Islanders tomorrow, June 10. The game is scheduled to start at 7:00 p.m. eastern at Municipal Park in Tupper lake. 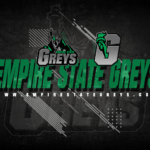 The Frontier League of Professional Baseball announced a partnership with the Empire League which will own and operate the Empire State Greys as a participant in the Frontier League during the 2022 season. The Greys, based out of Tupper Lake, New York, will be playing all of their games on the road, but will field a team by adhering to the same roster and salary rules as all Frontier League clubs.

The Empire League began play in 2016 and features four teams in upstate New York and northern New Hampshire. The Empire League is owned by brothers Eddie and Jerry Gonzalez along with MLB outfielder Matt Joyce. Eddie Gonzalez played in the Frontier League from 2006-08, including participating in the 2006 Championship Series. Jerry Gonzalez played as an infielder in the Los Angeles Angels’ organization in 2007 and 2008. Matt Joyce has appeared in 1,400 MLB games over a 14-year career, and saw post-season action for Tampa Bay, Atlanta, and Miami.

“We are very interested in seeing where this partnership goes. The Empire League’s historical ties to the Frontier League plus their New York base made them an ideal partner,” stated deputy commissioner Steve Tahsler. “Eddie Gonzalez has impressive baseball experiences and we like what he brings in terms of his player development skills, network, and desire to compete.”

“It is a great honor to be able to join forces with the Frontier League,” stated Empire League CEO Eddie Gonzalez. “For us at the Empire League, we take pride in providing our best available scouting and recruitment baseball service to help players advance their careers. Having a team in the Frontier League through this great partnership, will create huge opportunities for not only Empire League players, but also open more doors for the up and coming players pursuing a pro career. We look forward to filling a very competitive Greys roster this year in pursuit of a historic Frontier League championship” 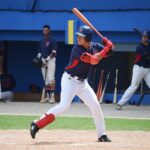 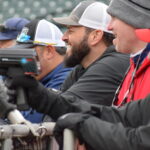 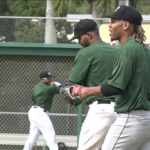 Ft. Myers, FL – The 2021 Empire Fall Instructs is now at the end of its first week with already 2 players earning contracts for the upcoming season with the New Jersey Jackals of the Frontier League.

The week brought 7 days of instruction with Manager of the York Revolution of the Atlantic League Mark Mason providing the pitching knowledge, New Jersey Jackals coach Jared Lemieux with the Outfield instruction and Empire Leagues Jerry Gonzalez with the infielders.

A total of 4 games have been played so far during the first week giving all the players at bats to improve on their craft.

So far, scouts from the frontier League and Atlantic League have been impressed with the talent at fall instructs.