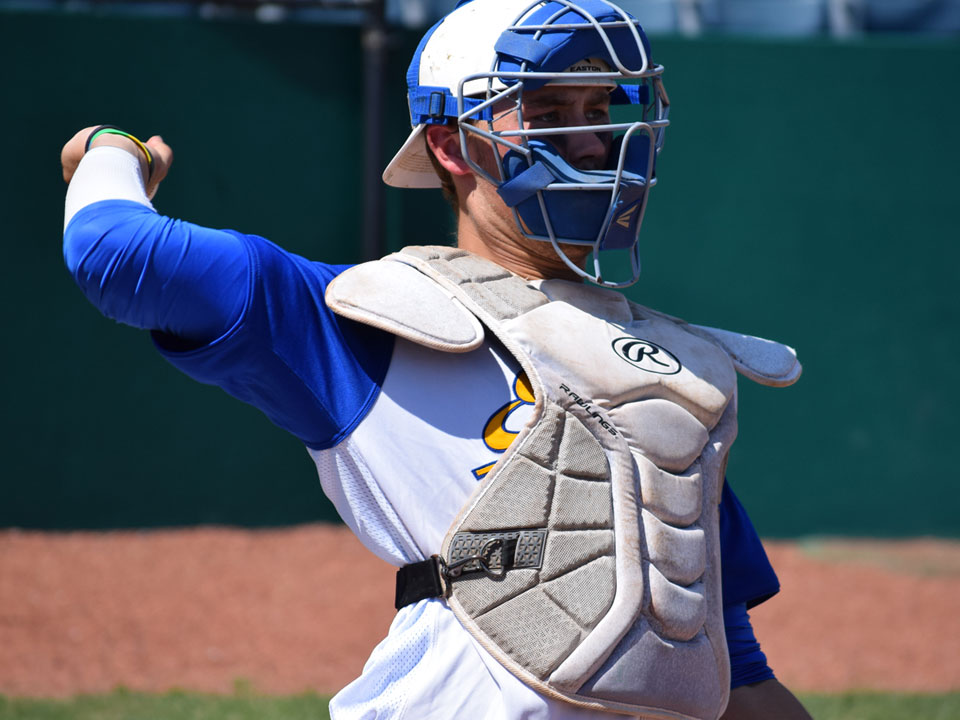 MICHIGAN – Jake Simpson, catcher for the Old Orchard Beach Surge has signed with the Traverse City Beach Bums after a season with the Empire League.

Jake played 41 games and had 158 total plate appearances. He made the most out of it batting .290 average with 17 runs scored and 22 runs batted in. Jake success comes as no surprise as the 6’5″ 230 pound catcher will now be putting on a frontier league uniform at the age of 22.

“Jake’s a big tall catcher. He has a good bat and works hard behind the plate. On the field he goes about his business and we are happy to see him get an opportunity in the Frontier League as we are for all the players that have played in the Empire League. We wish him the best of luck in his young career.” – VP Jerry Gonzalez

The Old Orchard Beach Surge and The Empire League congratulate Jake Simpson and wish him the best of luck in the 2018 season.