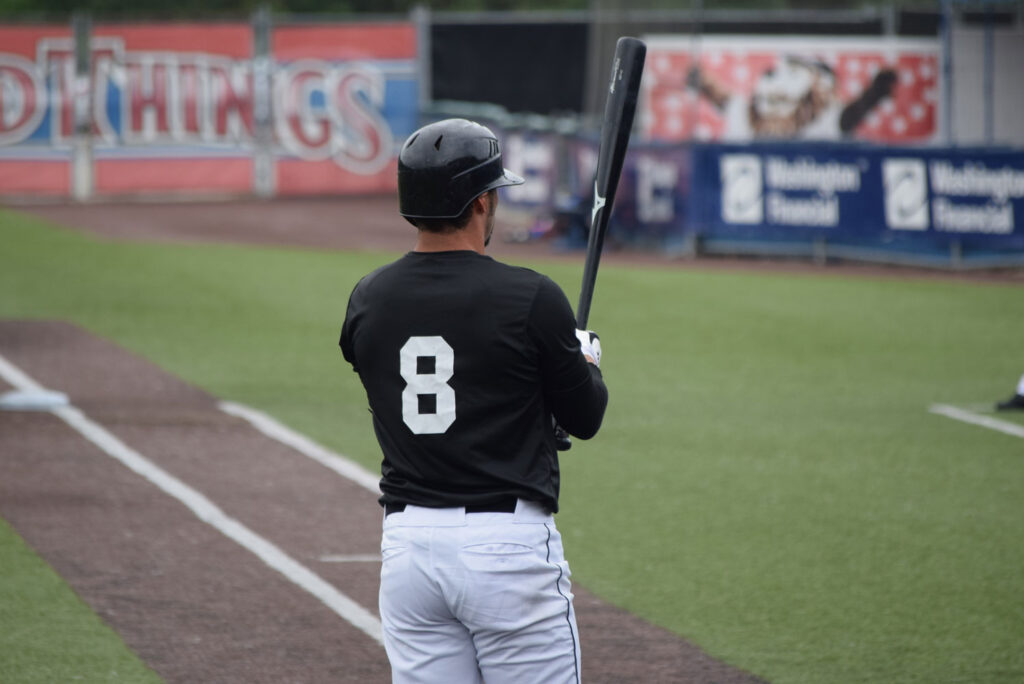 WASHINGTON, PA – The Road Warrior Black Sox took on the Saranac Lake Surge for the 7th game of the Empire League Series.

The Black Sox scored first in the bottom of the 3rd inning when Derek Reddy would attempt to steal third with 1 out and would end up scoring on a throwing error by the Surge catcher.

Not much offense going on in this one as the Black Sox had only 1 hit through 6 innings and 3 hits for the Surge. It was in the bottom of the 6th however, when Vee Desai would triple on a miss played ball by the Surge Left fielder with two outs to give the Black Sox a 3-0 lead.

Tyler Hill doubled for the Surge to deep left center field but the Surge couldn’t bring him in.

For the Black Sox, Jeremi Worlinski got the start going 7.2 innings pitched giving up no runs on 4 hits striking out 2 batters and earned himself the victory.

The Surge went with right hander Donnell Hightower who pitched a very good game for the Surge going 4.2 innings giving up just 1 hit and 1 earned run.

The Surge will play again tomorrow at 11:00am versus the rival Tupper Lake Riverpigs while the Black Sox will face the rival Brilliance Sox at 3:00pm.