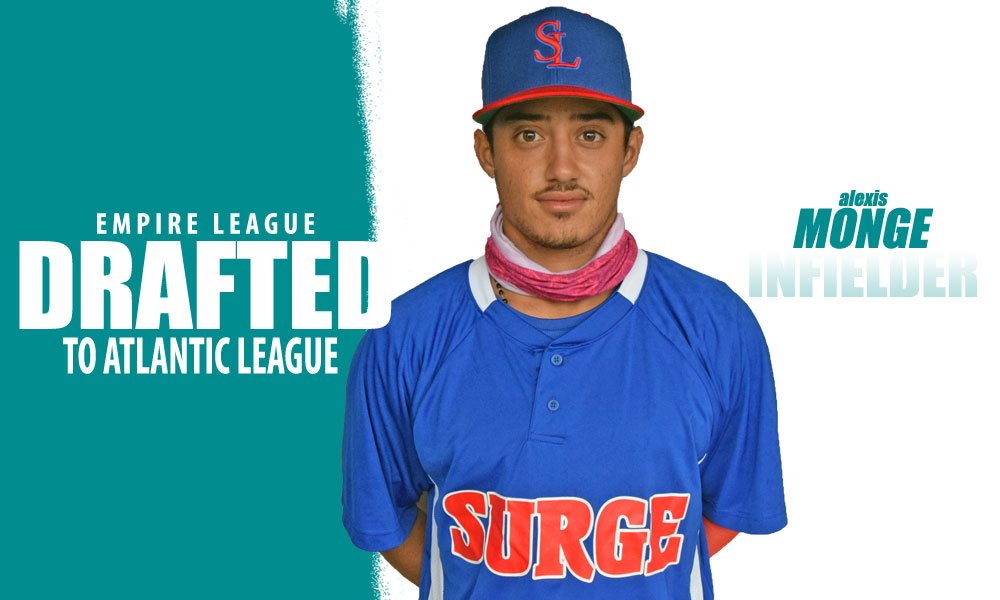 WASHINGTON, PA – The Empire Baseball League would like to congratulate Saranac Lake Surge second baseman Alexis Monge on being drafted by the newest franchise of the Atlantic League in Gastonia.

The Empire League would like to send a special thanks to our friends at Meet a Prospect for their scouting evaluations of players.