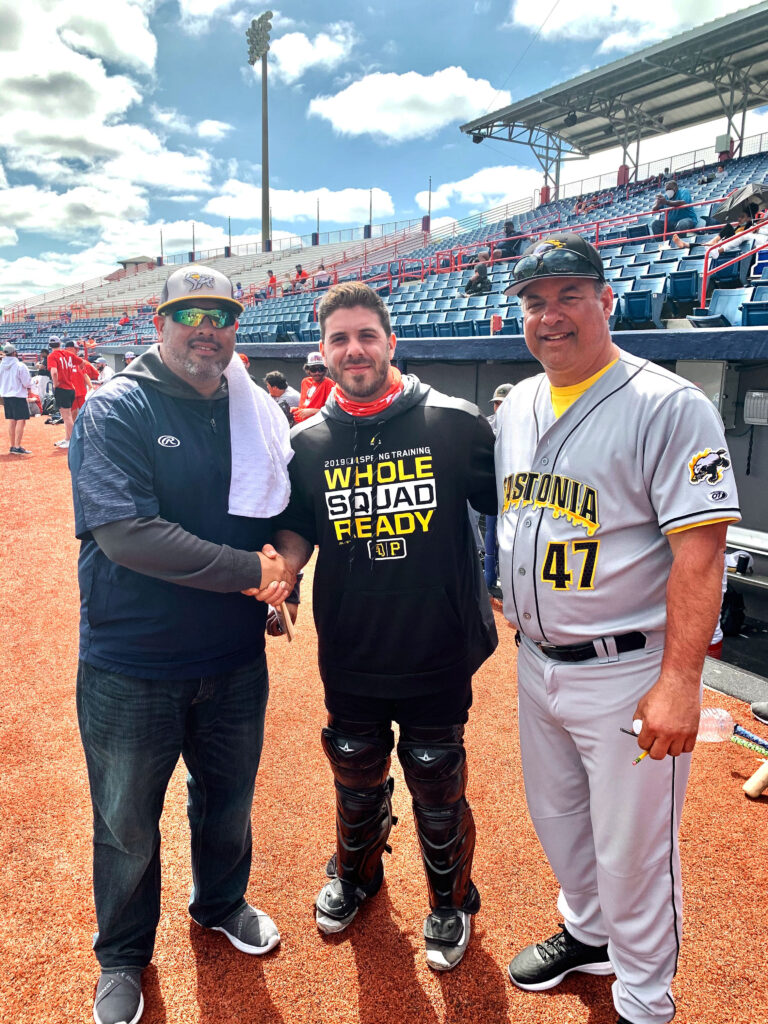 VIERA, FL – The Atlantic League hosted their annual tryout by Prospect Dugout over the weekend in which 3 Empire League players were selected.

Catcher Luis Touron, catcher with the New York Explorers of the Empire League, was selected by the newest franchise of the Atlantic League in Gastonia Honey Hunters.

Everyone that knows the Empire way knows that it’s never been about the Empire League. It’s always been about providing the highest opportunity possible for players! The Empire League is for players that need the professional experience until the right window of opportunity opens. Being of service as a minor league system to these other professional Leagues is a great privilege. Today we congratulate these players signed to the Atlantic League at this years great  Prospect Dugout Pro Camp. Great job Prospect Dugout on a excellent Pro Camp! For upcoming tryout opportunities join us in York, PA on April 16th and Florida in May 17th! Visit the Tryouts Link for details.