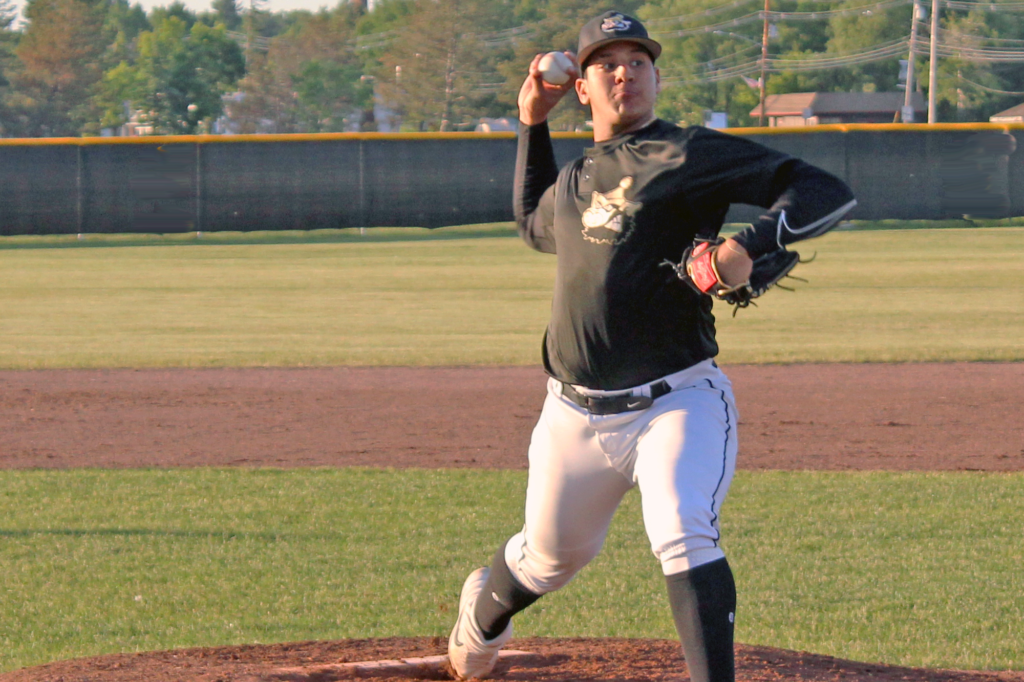 TUPPER LAKE, NY  –  With a week of play under the belts of players in the Empire Baseball League, this player shined above the rest to take home this weeks Player of the Week.

The player to take home the award this week is Tupper Lake River Pigs starting pitcher Daniel Rojas. Rojas started two games this past week, winning both decisions including the game on Opening Day.

In that game, Rojas went 5.0 innings, only allowing two hits, and one unearned run. He also struck out seven batters on the Japan Islanders.

In his second start, Rojas went 6.0 innings, allowing three hits while striking out four batters. His season ERA still sits at 0.00, and has yet to walk a batter. If he keeps up his production, he could see a call up to the Empire State Greys in his future.

The season is long, so fans will have to wait and see if he could continue to put up the dominant numbers he has to start the season with the River Pigs.