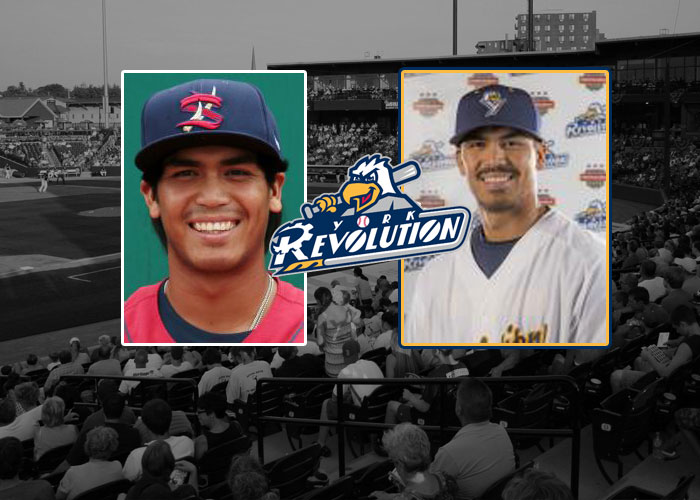 FLORIDA-  York Revolution signed  Chris Rivera for 2018 season.   Chris,  a young player that  was looking to keep playing baseball after a nice   stint in affiliated  ball with the St. Louis Cardinals, inquired to use the services of the Empire League Camp and Showcases.   After being accepted to attend the Empire League Spring Training camp, Baseball Director Eddie Gonzalez felt he could get him sent up even before attending the Independent baseball showcase, and that  is exactly what happened.

“We are  very pleased with the  production of our players in the Atlantic League, which is exactly why several managers and team scouts highly trust  the scouted product sent up. Today we congratulate Chris, and are happy to have found him a great opportunity.  Players do not come to the Empire League or our showcases to live a dream. We are just here to provide that services of getting guys a rookie level experience of developing into professional baseball players, but our mission is to help guys get up and achieve a  true pro baseball dream. ” – Eddie Gonzalez

The York Revolution of the Atlantic League were the 2017 Atlantic League Champions.  Rivera will look to help the team repeat in 2018 which is set to start on April 26th.