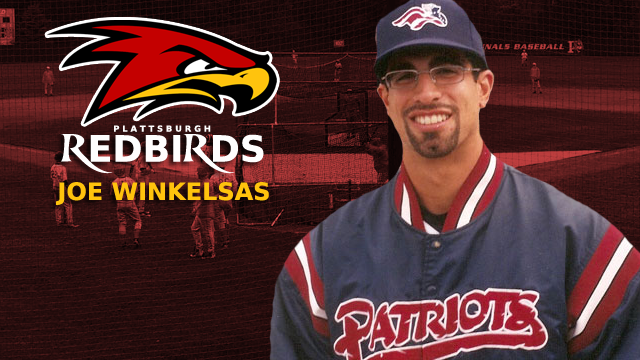 PLATTSBURGH, NY –  The Empire League has announced Joe Winkelsas  as the new manager of the Plattsburgh RedBirds.

Winkelsas, an upstate New York native,  was a former major league baseball pitcher. Played with the Atlanta Braves, Chicago White Sox and Milwaukee Brewers. He is no stranger to independent baseball as he coached with Sioux  Falls Canaries where he engineered one of the lowest team ERA’s in franchise history as well as the Somerset Patriots. Joe’s coaching method is known to be respected by professional ball club and is known to groom some of the best talent in baseball.

On January 29, 2009, Winkelsas became the first member inducted into the University of South Carolina Salkehatchie athletic hall of fame.

“I am humbled and honored to be named the 2017 RedBirds Manager. I want to give a very special thanks to Eddie Gonzalez, his partners and the Empire League. My attainable goals are to instill positive family values throughout the League, RedBirds team and the entire Plattsburgh community. Plattsburgh is a tough, hard working blue collar town. Our teams identity will gel together, resembling that of the Plattsburgh community. We will be smart, committed, tough, all while having fun/laughing, while we work. When we trust each other, then winning will in fact take care of itself. We are looking forward to seeing our faithful fans out at the ballpark in support of their RedBirds teams. We are here to serve you in any way we can. Thank you for this wonderful opportunity. We’ll see you at the yard”