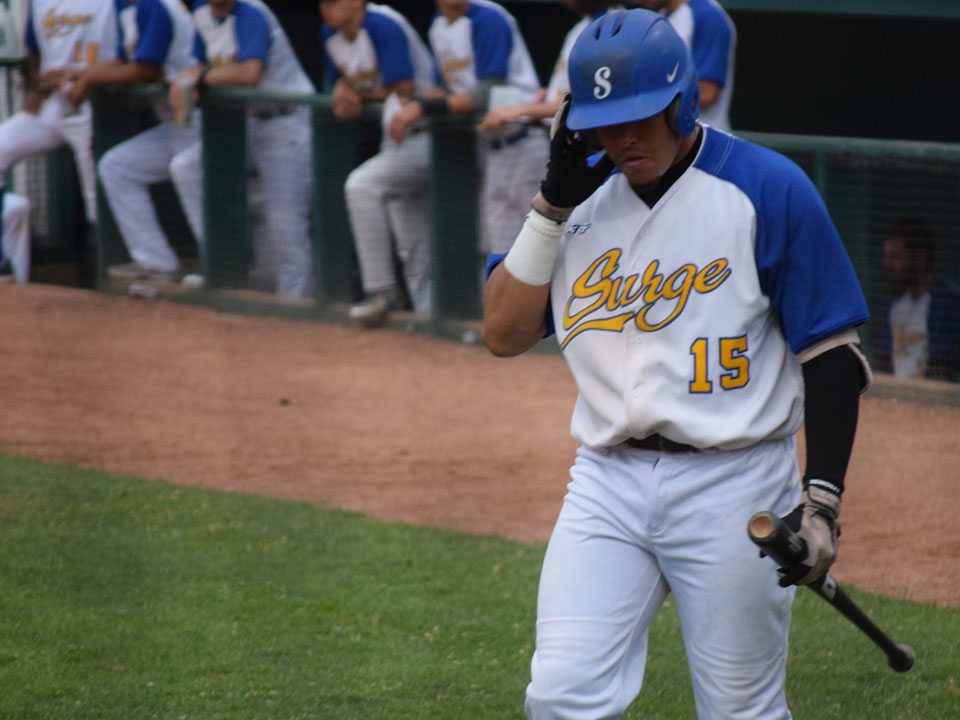 OLD ORCHARD BEACH, ME –  Surge have come together to win their third straight game and stay undefeated in the second half.

Surge starter Eric Mozeika was very dominant topping out at 91 mph.  Mozeika tossed 6 innings of work giving up 2 earned runs on 4 hits while striking out 7 Islanders.

The Surge had a great offensive night with 5 of their hitters having multiple hits. Putkonen, Franklin, Jackson, Simpson, and Diaz all had 2 hits. Edgar Lebron only had one hit but it was a big monster 2-run Home Run over the left center wall.

Mark Lesinski started for the Islanders and pitched 6.2 innings of work giving up 6 runs on 10 hits  and 2 strikeouts.

The Islanders were lead offensively by shortstop Jacob Cordero and Mitchell Lake in which both had a pair of hits.

The Surge outscored the Islanders 9-5 and also out hit the Islanders 13-8.  Kevin Phelps and Nathaniel Leon were solid out of the bullpen in their combined 3 innings of work.

Next Game is tomorrow at 6:30pm at The Ballpark in Old Orchard Beach where the Surge will introduce their newest member of the team in Surgio the Mascot. For tickets and more click on the tickets link.