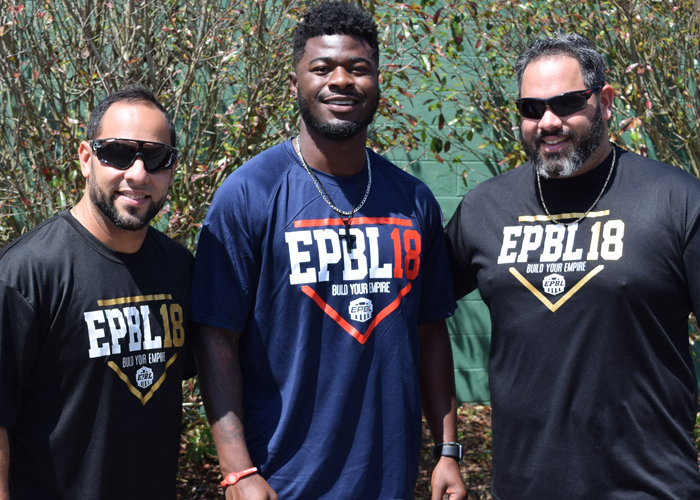 GEORGETOWN, DE – Empire Leagues top 10 prospect Tony Holton gets the call to play in the Frontier League for the Normal Cornbelters at camp.

Tony, a rookie outfielder with plus arm, speed, contact fielding and power, went through what the EPBL calls the process. He attended the PRIBL program during the fall where many frontier league managers were in attendance and then was invited to come to the Empire Professional Baseball league.

After a 14 hour drive from Georgia, Holton was put back in his car and sent on his way to Normal to become a member of the Normal Cornbelters,

“I saw Tony in the fall and i kept telling everyone this guy needs to be playing high level baseball. I was hoping he would come to the EPBL so he could begin getting the experience required to make it to the next level and after one day at camp, it looks like hes going to get a shot at a higher level” VP Jerry Gonzalez

Tony will report and start at center field immediately as the team is currently sitting in last place looking to bounce back and turn it around.

The Empire League would like to congratulate and wish Tony the best of luck moving forward.