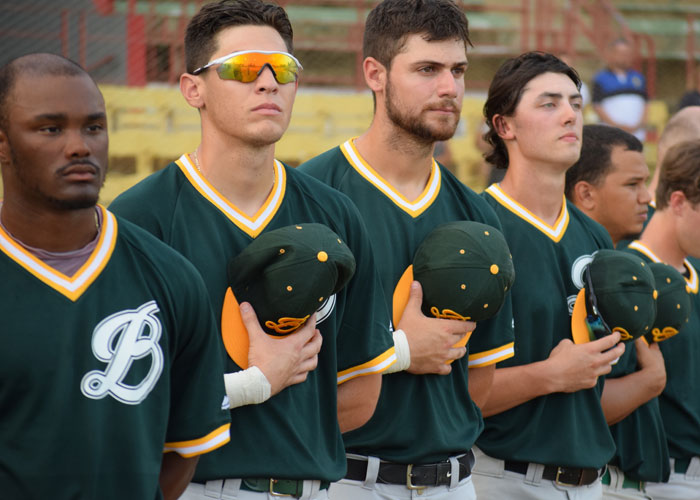 RINCON, PR –  The New York Bucks defeated the Puerto Rico Islanders by the score of 5 to 4 with just one out remaining in the top of the ninth inning.

With runners on second and third and two outs in the top of the 9th ininng down 4-3, Bucks third baseman Peyton Deiter crushed a 2-run double in what was a very entertaining and well fought opening day. Michael Heller earned the victory and Patrick Donohoe was handed his first loss of the season.

“My heart is still pumping, what a game that was, starters threw well and my guys fought till the end. I’m really proud of my guy for battling back and earning that win” Manager Ernesto Punales

During the 7th inning, the Bucks sent Kenneth Collins to the plate and after walking and a argument from Islanders Manager Tony Rodriguez, an out was given and it would be a game changing moment in the game as  the Islanders were able to get out of the inning and take the lead in the bottom half of the inning  with some patient hitting and great baserunning.

It wouldn’t be enough for Puerto Rico however as the Islanders loss the lead with needing just one more out. That’s when Deiters hit a monster shot that hit the top of the fence in left field to take the lead and the Bucks went on to win by the score of 5-4.