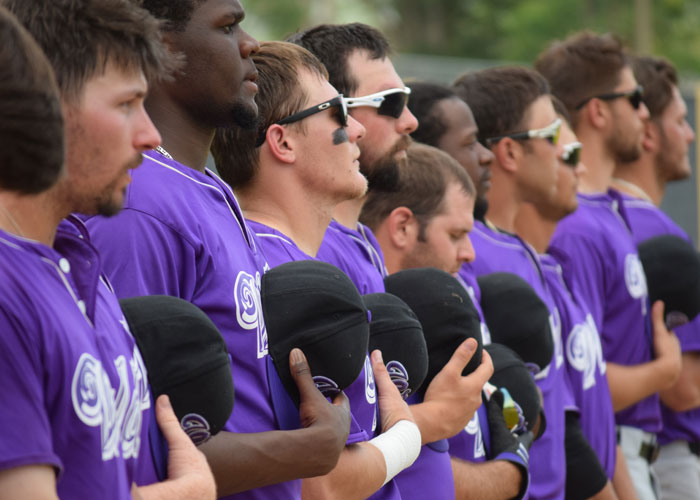 RINCON, PR –  Opening day was one to remember as the New Hampshire Wild defeated the Explorers by a score of 5 to 2.

The New Hampshire Wild took an early 2-0 lead  in the top of the 2nd innings  when rookie outfielder Cody Den Beste singled, stole third base after a Sean Washington hit and scored  on a sacrifice fly by Mark Shkrelja . Sean Washington scored on an error by  Explorers shortstop.

The Wild would tack on two more runs in the top of the 4th inning when Cody Den Beste doubled to the right center gap, stole second base and third base and was driven  in by Augustus Constantino’s 2 out triple.  Constantino would then score on a clutch double by Wild Catcher Ricardo Sanjurjo to the right field line.

Josh Lavender would score in the 5th on a passed ball after a smoked double to the right center gap and a stolen base.

Alex Dockery would score for the Explorers in the bottom of the 4th inning  after a lead off walk and a stolen base led to a first and third situation in which a stolen base throw to second scored Dockery from third.

The Explorers would then go on to add one more run  in the 7th after a lead off single by Robert Brown who scored on a sac fly by  lead off hitter Ryan Rivera.

Wild starter Matt Vogel was phenomenal through 6 innings and would earn his first victory of the season allowing just one run on 2 hits and striking out 13 Explorers.

Matthew Cassinelli earned the save for the Wild handing Explorers starter Mike Melendez his first loss of the season.

The Explorers are back in action at 4pm. Catch the action Live by clicking the Live Games link located on the website sidebar.