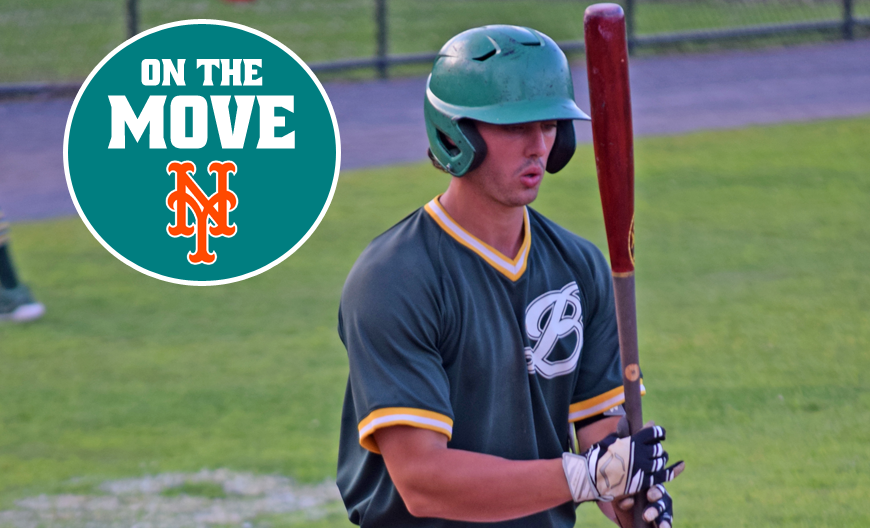 SARANAC LAKE, NY – Former two year power hitting outfielder Trey Hannam has officially transitioned his career from player to coach and he will be doing so in a New York Mets uniform.

Trey spent two seasons in the Empire League. His first stint was with the Puerto Rico Islanders  in 2017 where he hit 2 Home Runs in 55 at bats driving in 8 runs. He then was a part of the runner-up New York Bucks in 2018 where he had 185  plate appearances slamming 3 Home Runs and driving in 2 runners and led the team in doubles with 12.

Hannam,  only 24 years old, will be handling hitting duties in the minor league system.

The Empire Baseball League is extremely excited for Trey and  cannot wait to see his continued success as a coach in the game.