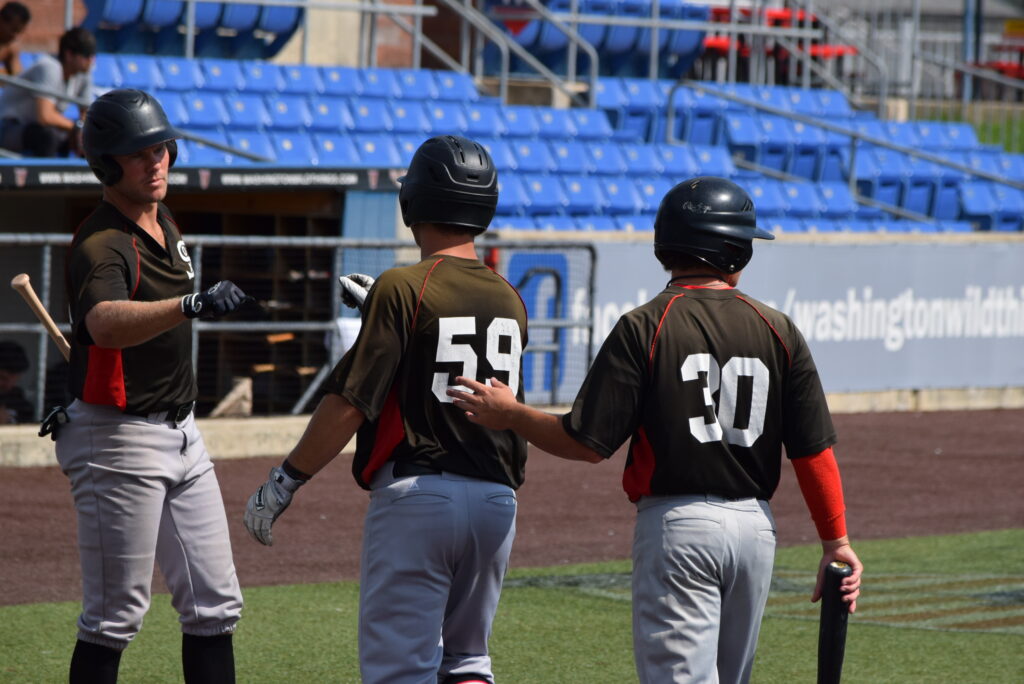 WASHINGTON, PA – The Saranac Lake Surge took on the first place Brilliance Sox in the second matchup of the Empire League Series today.

Ean Walda would get the start for the Brilliance Sox against Ryan Tomao of the Saranac Lake Surge.

It was an eventful inning as the Sox took a 1-0 lead in the top half. But the Surge answered in the bottom half of the inning when lead off hitter Taylor Olmstead hit a monster shot over the center field wall for the first run of the game and his second home run of the season.

With the Brilliance Sox leading 2-1 in the bottom of the 4th inning, Eddie Suri singled to the right side to score Tyler Hill and tie the game at 2.

Trey Hunt doubled in Ben Andrews who had doubled to get things going for the Sox in the Top of the 6th, and Hunt would score on a 3rd double by Tyler Reis to bring the score to 4-2. Ed Millian would create some breathing room for the Sox as he singled in two more Sox runners with 2 outs to give the sox a 6-2 lead.

Dustyn Macaluso would take advantage of the deflated Surge as he hit a line drive to center in which the ball was misplayed and went over Surge centerfielders head for a Sox triple that would score two more. Macaluso himself scored on a wild pitch to make the score 9-2.

Surge answered in the bottom half when Cory Alexander scored on a double by Tyler Hill. Kyle Robinson would be driven in by Richard Millers grounder to first and Hill would follow on a grounder to short by Eddie Suri to make the score 9-5.

In the bottom of the 8th Inning, Richard Miller would hit his first homer of the year to right field. A 2 run home run on a ball that traveled 435 feet to bring the score to 9-7.

The Surge would make things interesting in the bottom of the 9th inning getting bases loaded for their clean up hitter Tyler Hill. Hill would ground to first base to make the game 9-8 with runners on 2nd and 3rd and 2 outs. With bases loaded after an intentional walk, Hassan Westbrook would get Eddie Suri to ground out to end the game.

Both teams will play tomorrow at 11:00am and 3:00pm as we continue Empire League Series play.