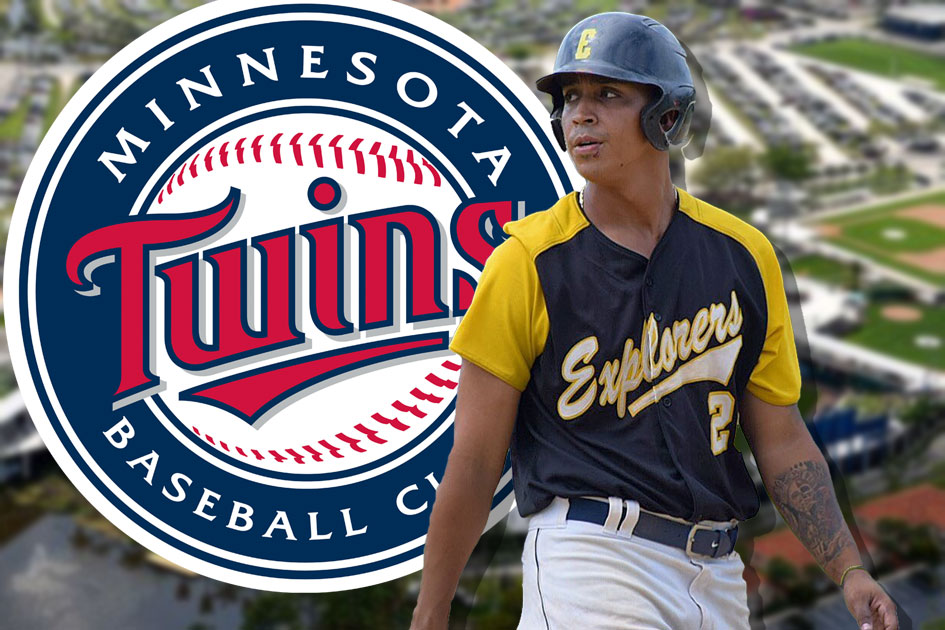 FT. MYERS, FL –  Leo Cabrera, a great young man with excellent work ethics came to the Empire League in 2019 looking to get much needed At bats and opportunity to show he deserves a spot back in affiliated Baseball,  batted .299 in 150 plate appearances  hitting 7 homers and driving in 36 RBI’s.

When time of need came for the Minnesota Twins to fill a spot, they utilized the Empire League for exactly what it exists for, to have ready players to fill those spots.

After a great season with the Explorers batting .299 with a league leading 7 Home Runs and 36 RBI’s, Cabrera has kept the eyes of scouts in the area with good showings in the off season which had Milos making calls and messaging with questions. After several phone conversations this week between Director of Baseball Eddie Gonzalez and Twins Scout Billy Milos, a decision was made to sign Leo Cabrera today.

Left is a message of confirmation between the twins and Empire Leagues Eddie Gonzalez confirming the signing.

The Empire League and it’s members continue to be very grateful for the relationship with the Twins and various organizations that look towards Empire League players to fill roster spots.

Leo reports to Ft. Myers, Florida for Spring Training and looks to be in a minor league roster this season.