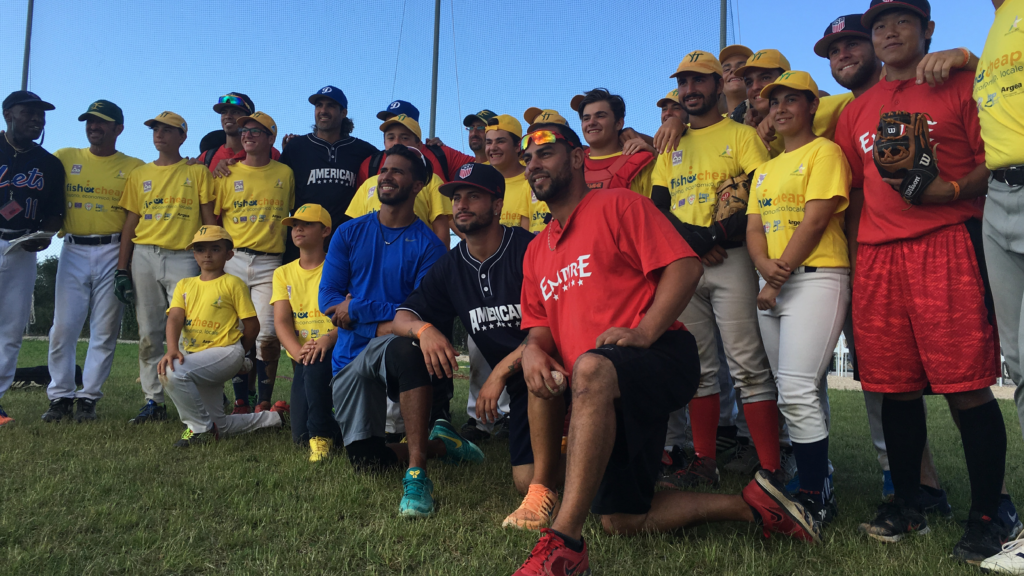 The Empire Professional Baseball League took a 3 week trip to Italy to compete against Italian Baseball with the mission of promoting baseball in Italy.

Italian Baseball welcomed the Empire League All Star Selected players  in Rome, Italy to start off the trip where the team visited the beautiful historical sites of Rome before taking a flight to Catania, Sicily to begin the competition.

The American team visited Bronte, Sicily where they began the day giving a clinic with local Italian young ball players teaching what Italian players want to learn in what they refer to as  “American Baseball”.  The team spent 3 days in Catania visiting its beautiful beaches and doing what they love which is playing baseball.

The team then took a overnight boat to the northern Italian island of Sardegna, Italy where the team enjoyed 4 days in the beautiful Alghero beaches while getting to compete in 4 games versus the Italian Baseball teams of Sardegna. The team also spent several hours teaching and mentoring and promoting the game with young children who have been waiting for the day they got to step foot on a baseball field.

During this adventure, Mark McCouch and Steven Rodriguez led the way offensively helping the team to its 5th and  6th victories. The team was able to visit the Italian -American base while being there as they were able to bring the troops  an Italian versus American exhibition game for next year.

The team headed back to Rome after its days of baseball, beautiful beaches, historic sights and adventures around the islands of Italy as they closed the trip  back in south of Rome in a small city of Nettuno where The Nettuno  Italian Baseball Club started back in 1945 currently plays. Nettuno is home to one of the 4 Italian Top level baseball teams  and home to the Sicilian-American Cemetery  in which explains how American Troops started baseball in Italy back in 1944.

The team finished its trip winning two games against the local team and were able to experience two nights in the sights of Rome before  returning home to the United States not only as better baseball players and mentors but also as people and students of the game.